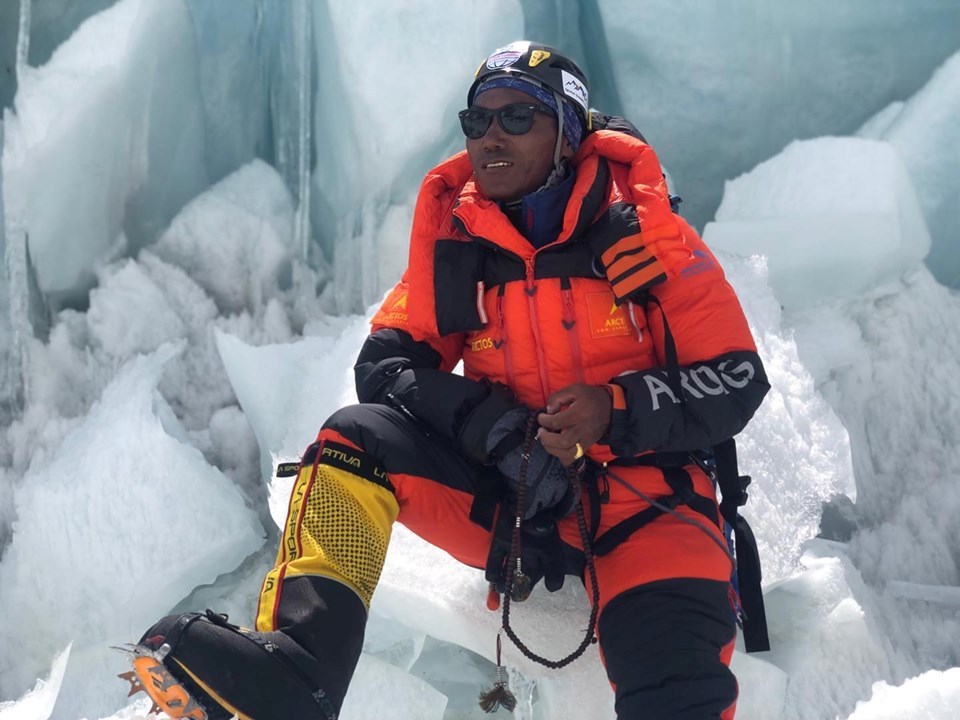 KATHMANDU, May 15: Veteran climber Kami Rita Sherpa on Wednesday scaled the Mt. Everest for 23rd times to break his own world record for most summits on the world's highest peak.

Kami Rita, who had summited Everest 22nd times last year to set record of most summits on Mt. Everest, stood on top of Everest together with other Sherpas. He summited the Everest a day after fixed rope to Everest summit on Tuesday.

“At 7:30 am he climbed the Everest 23rd times,” Mira Acharya informed from Everest Base Camp adding,  “It’s great for all of us.”

Tashi Lakpa Sherpa, Managing Director at Seven Summit Treks, confirmed Kami climbed the highest peak this morning via South Side and scripted the history in the sector of mountaineering.

“This is a subject of nation’s Pride; 23 successful climb of Everest, is more than the normal imagination” Sherpa added.

49-year-old Kami Rita has been climbing Mt. Everest since 1994. He couldn’t climb the Everest in 1995 after his client got sick on the way to summit. In 1995, he abandoned the summit bid after deadliest avalanche killed expedition teams.

Back in 2017 Kami became the 3rd person to climb Mt. Everest for 21 times, equalizing the counts with Apa Sherpa and Phurba Tashi Sherpa. He broke record for set record of most summits on Mt. Everest in 2018.

KATHMANDU, May 16: Kami Rita Sherpa, 48, scaled Mount Everest from Nepal side for the 22nd time today becoming the... Read More...

Kami Rita equals record of most summits on Everest

Central Committee of the CPN (US) meeting today
17 minutes ago