Kamal Thapa on his own as his close aides leave him

KATHMANDU, Nov 30: Chairman of the Rastriya Prajatantra Party (RPP) Kamal Thapa is literally left alone as all his close aides have decided to support his rival Rajendra Lingden as the party prepares to hold its national general convention to elect new leadership.

Party insiders say Thapa is likely to fail in his attempt to get reelected to the post of party president as his close aides have decided to side with his rival candidate.

Earlier, Thapa had asked Lingden, who was elected as a lawmaker to the House of Representatives (HoR) from Jhapa, to wait for four years. However, Lingden had declined the offer saying that he would contest for the post of party president to bring about reforms in the party. 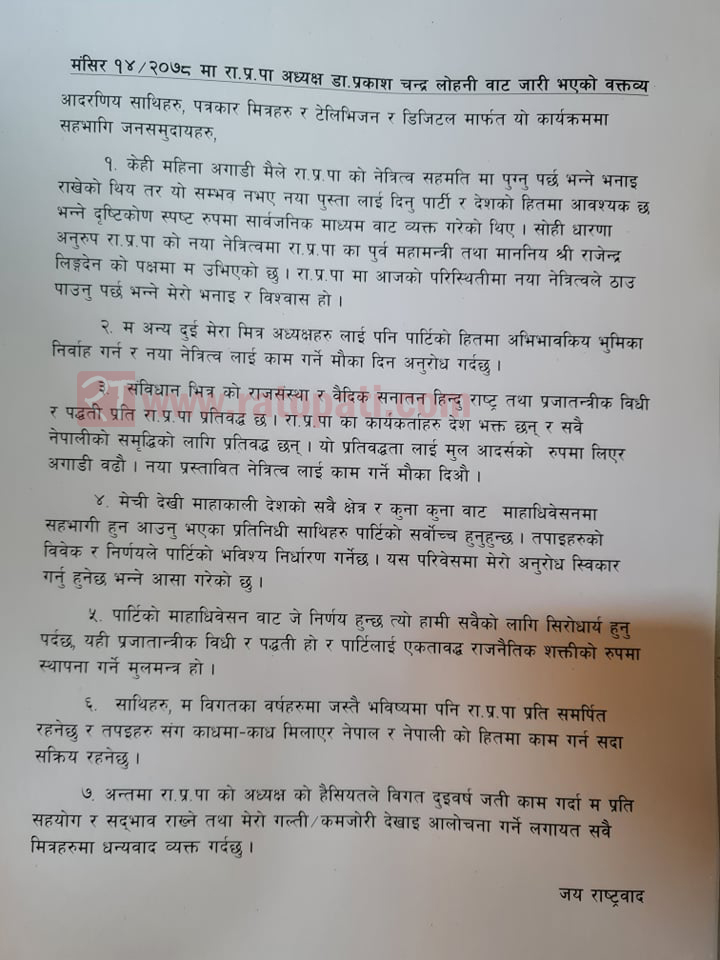 Thapa and Lingden in the fray for RPP chairmanship

KATHMANDU, Dec 3: The current Chairman Kamal Thapa and leader Rajendra Lingden have registered their candidacies for the chairmanship of... Read More...