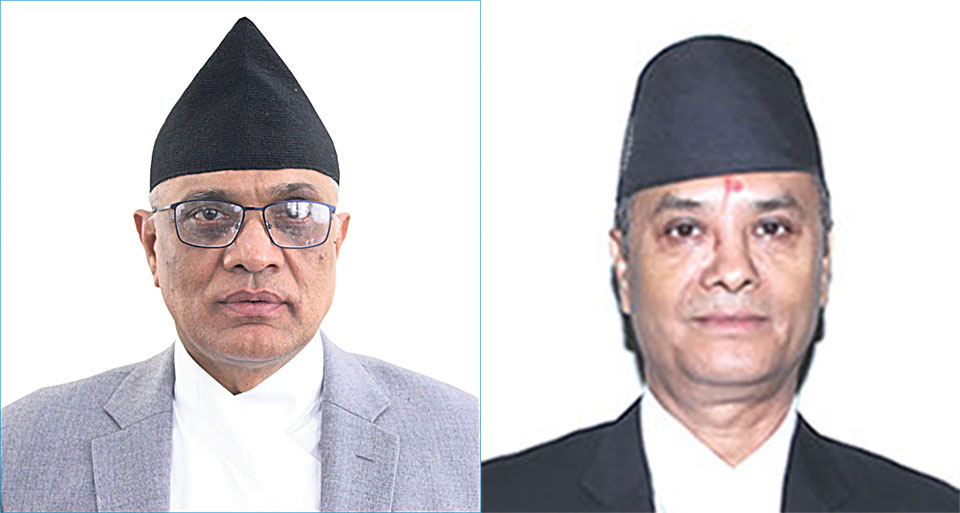 KATHMANDU, March 13: Justices of the Supreme Court on Monday asked Chief Justice Gopal Parajuli to take leave from Tuesday after a member of the full bench formed to hear two contempt of court cases said Chief Justice Parajuli should have retired on August 5, 2017 on age ground.

On Monday morning, justice Cholendra SJB Rana informed the court in writing that he would not be part of the seven-member full bench formed to hear the contempt of court cases as the chief justice should have retired several months ago on the basis of the age mentioned in his credentials.
“We suggested to the CJ to clear the way because it is his responsibility to keep the judiciary undivided and maintain its dignity,” an SC justice told Republica requesting anonymity. Some judges had a heated exchange over the variations in the date of birth and the tenure of the chief justice.

“We suggested to the CJ to take leave from Tuesday itself and entrust seniormost justice Deepak Raj Joshi to prepare the cause list [list of cases awaiting hearing],” the justice shared.
Altogether 16 justices were present at the discussion Monday. “When we advised him to take leave from tomorrow [Tuesday], he said he would take leave a week later,” the judge added.
Justice Rana also said he does not find it appropriate to participate in a bench led by a ‘retired chief justice’ and decide cases.

Rana is the fourth seniormost member of the judiciary and was included in the seven-member bench led by CJ Parajuli to look into the contempt of court cases against Kantipur Publications and Dr Govinda KC. Other members of the full bench justices Om Prakash Mishra, Deepak Kumar Karki, Kedar Prasad Chalise, Sharada Prasad Ghimire and Tej Bahadur KC had heard the contempt of court cases on Sunday. But during Sunday’s hearings, justice Rana had remained silent.

But on Monday, when six members of the bench were waiting for Rana, he entered the courtroom and declared that he would not be part of the full bench formed to hear the contempt of court cases.

After the incident, the bench did not take any decision on the two cases.
In his written statement justice Rana citing various grounds has said that August 5, 1952 should be confirmed as the chief justice’s date of birth in accordance with Judicial Council Act-2073 BS.
“Since no one is above the law and a justice should never compromise on judicial independence, the justices should not ignore their duties with folded arms,” Rana has stated.

Although Parajuli urged the justices not to believe in media reports arguing that “only one particular media organization has been writing against me”, the justices were not convinced.

Civil society members including Dr Govinda KC have demanded resignation of chief justice to preserve the judiciary’s image. Parajuli has been accused of altering his date of birth in his academic certificates so as to make himself eligible for the post of chief justice.

Parajuli has been widely criticized for hearing cases to which he is a party.
Reacting on the development senior advocates claimed that it was unfortunate development for the judicial integrity. “This is a black day for the judiciary,” Mahadev Yadav, former attorney general said.

Meanwhile, High Court Bar Association, Patan, issuing a statement, has asked the chief justice to resign in order to keep the judiciary’s image intact. “In order to maintain the judicial integrity and prevent ongoing divisions in the apex court, he should resign,” the press statement issued by Secretary Tara Kumar Shrestha, said.

KATHMANDU, Aug 3: Members of Nepali Congress have boycotted the meeting of the Parliamentary Hearing Special Committee (PHSC) over the... Read More...

KATHMANDU, June 29: The Constitutional Council (CC) on Thursday recommended Gopal Prasad Parajuli for the post of chief justice of the... Read More...

Bhaktapur Murder Update: Shrestha killed by own pal
18 hours ago

Bhaktapur Murder Update: Shrestha killed by own pal
18 hours ago