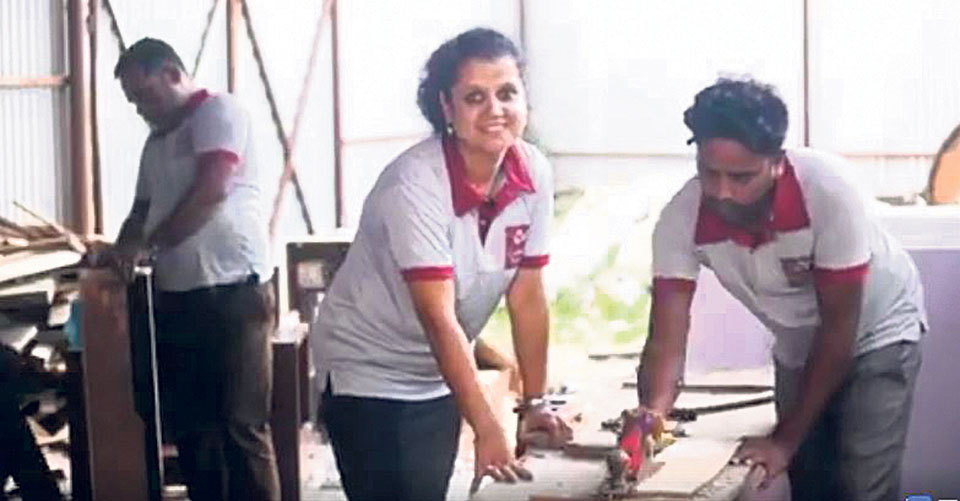 KATHMANDU, March 8: Sheetal Rijal is a woman of varied skills. A chartered account-turned-finance analyst who later became a finance consultant at her own firm, Sheetal is now the chief operation director and director of her own company.

For Sheetal, life has been a thrilling ride. Her diverse working background and excellent work ethic has really helped her gain the experience and self-discipline quintessential for becoming a successful entrepreneur. By emerging herself in a variety of work environment requiring uniquely different skills and responsibilities, she says that she has been able to gain the broader perspective of business administration that she finds vital for entrepreneurship.

As a chartered accountant, Sheetal had to analyze data and information, give financial advice and audit accounts. She then worked as a Finance Analyst for United Nations Development Program (UNDP) from 2005 to 2011. She describes this as a transition as it was a non-profit organization. Her duties included implementation of operational strategies, budget management and organization of cost, financial counseling and advising.

She, however, quit UNDP in 2011 to pursue her childhood dream of establishing her own business. “I wanted to follow my passion,” a proud Sheetal told Republica.

She opened her own firm, Target Consultancy, through which she carried out debt analysis for clients, financial and data analysis regarding feasibility for new businesses, and imparted training on the basics of accounting, among others.

Her professional journey took a brief halt in 2012 when she gave birth to her baby boy. Yashoshan Shital Pandey takes after her mother’s first name. Though she took a two-year maternity leave, it wasn’t a complete break from everything. She was self-researching and studying about marketing and business strategies to make her actual dream of having her own company a reality.

She says that buildings and designing always fascinated her and she was always passionate about furniture. “I wanted to sell a good lifestyle to people,” Sheetal said. As a result, Target Furniture Pvt Ltd, under the brand name Customized Furniture, was founded in February, 2014.

However, initial years were not smooth for the new start-up. “Securing funds was an issue,” Sheetal said.

Further, juggling family life and office was challenging for the young mother. As she was still breast-feeding her boy, she would have him tag along for meetings. Thankful for her husband’s support, Sheetal said that her passion was a self-driving force.

Target Furniture, which initially sold handmade artifacts, is now switching to modular furniture. As a way of adapting to changing circumstances, the company is planning of moving to flat-packed furniture which can dismantled and built at today’s smaller housings itself.

Sheetal says entrepreneurship should be a conscious decision. “There are new challenges every day,” she says, adding: “One should be ready to tackle any circumstance.”

“Though things don’t go as planned initially, setting practical goals and targets for each day helped me move forward.”

Rijal has been part of various business-related conferences. In 2017, she participated in the Business Accelerator Program for Women. She requests the government to prioritize entrepreneurship for overall development of the country.

If you are an aspiring entrepreneur and looking for inspiration to launch your idea to physical, then go through the... Read More...

KATHMANDU, Nov 21: The government has formally set up the Hydropower Production Company with the provision of allowing the Nepali... Read More...