Forest office chief awards contract to own company without competition 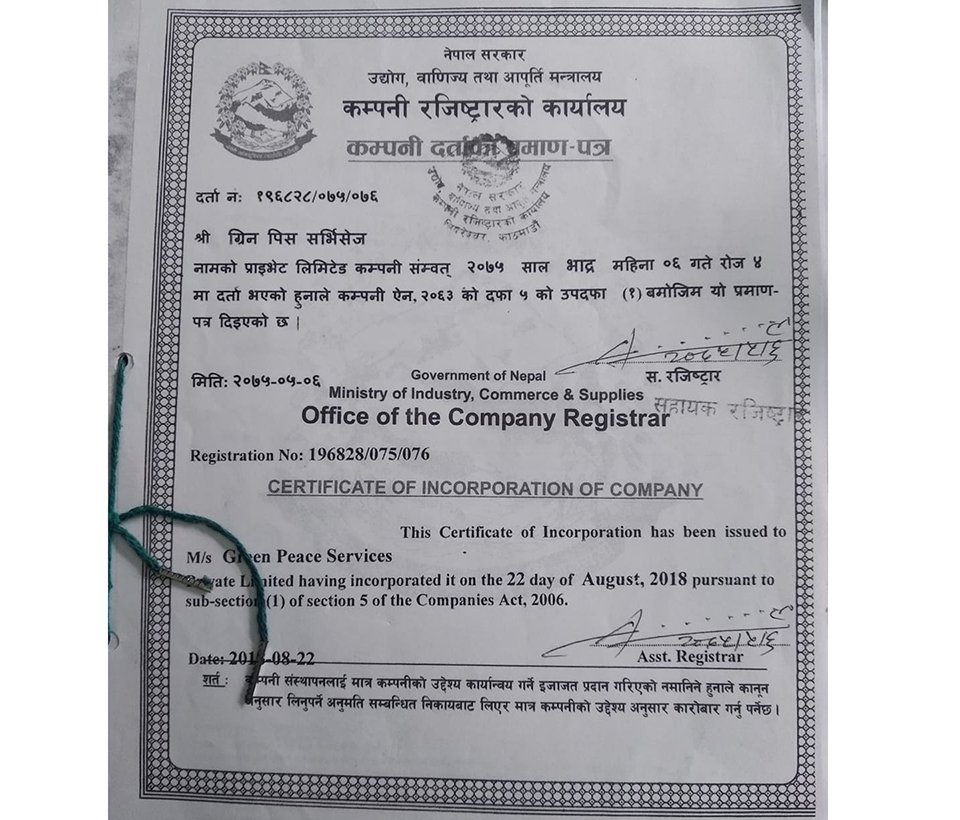 The certificate of the Green Peace Service Pvt Ltd which was registered on August 22, 2018.

GORKHA, April 21: Imnath Paudel, the chief of the Division Forest Office, Gorkha, has been found to have registered a company of his own and awarded it the contract to prepare the work plan of various community forests in the district without competition.

While selecting a consultant to prepare scientific forest management work plans for the community forests in the district, Paudel registered his company 'Green Peace Services' on August 22, 2018. Details at the local tax office show that the company is registered in the name of one Sadan Rai. Within three months of registering his company, Paudel awarded it the contract to prepare the scientific forest management work plan for six community forests of Gorkha.

According to a high level official of the forest office, it is necessary to announce a tender if the same company has to be assigned for a job worth more than Rs 500,000. Similarly, while choosing a company, officials must make sure that the company has at least one year of experience in preparing such work plans.

Paudel's company, however, doesn't have such experience. The work-plan for each forest will cost Rs 800,000. The forest office sanctioned Rs 800,000 each for two of the six chosen community forests while for the remaining four forests, it sanctioned Rs 400,000 each. By doing his monopoly, Paudel has made it mandatory for the Community Forest Users Groups of the four forests to manage the remaining Rs 400,000 on their own.

Complaints have been filed at the Commission for the Investigation of Abuse of Authority (CIAA) over irregularities in the preparation of the scientific work plans of the community forests and the selection of the consultant.