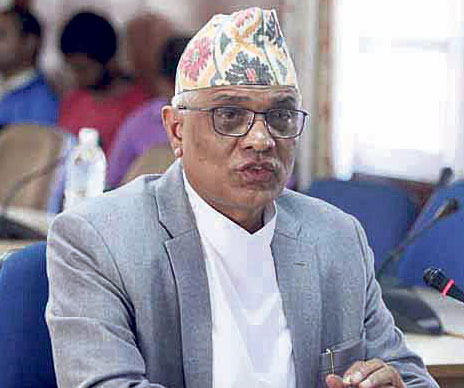 Chief Justice Gopal Parajuli marked the beginning of the complaint hearing system by mouse-clicking on a computer at Media Village.

Prior to this, the dissatisfied person or party with the news content had to visit the Council's Office physically to lodge the complaints.

The Council statistic revealed that around 1,000 online news portals have been registered so far in the country.

Marking the beginning of the system, CJ Parajuli said that the judiciary and journalism were the mirrors of the society and democracy would weaken if the press was not accountable to the public. He also said that the rule of law cannot be imagined if the news contents were not disseminated for free, fair and factual manner.

The CJ also argued responsibility, accountability and answerability are the beauty of the media.

On the occasion, Chairman of Federation of Nepali Journalists (NFJ) Govinda Acharya was for booking the media based on the Acts, as some media houses being run by taxpayers' contribution were disseminating fabricated and fake news to assassinate individuals' character.

KATHMANDU, March 15: Stating that Chief Justice Gopal Parajuli had already received his retirement on August 5, 2017 as per  his... Read More...