Journey of Dahal: From Rohini to Khumaltar 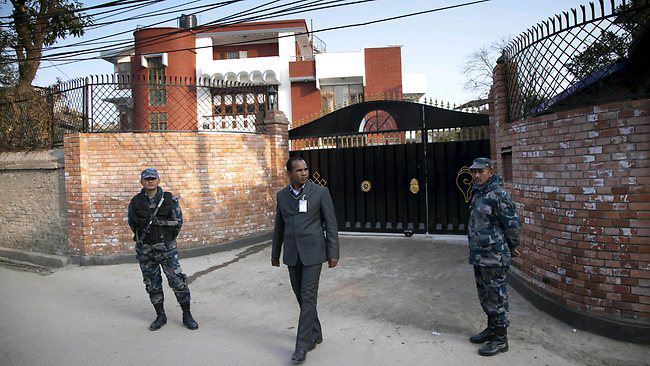 KATHMANDU, Dec 16: Following the start of the peace process, Chairman of CPN (Maoist Center) Pushpa Kamal Dahal rented a house in Nayabazar. He shared the house with the then party’s leader Dr Babu Ram Bhattarai. After few months, Bhattarai shifted to Shanti Nagar. As the time passed on, Dahal felt congestion in the house. He rented another house nearby- one for his residential purpose, next one for  'People's Liberation Army' deployed for his security.

However, due to the parking problem, Dahal was looking for another option. He found a house in Lazimpat, near to the official residence of Prime Minister, Chief Justice and Speaker. Spending few years in Lazimpat residence, Dahal has recently shifted for the third time after the beginning of peace process in Khumaltar. However, during the insurgency period, Dahal used to reallocate in several places in India citing security threats.

Once all the materials are shifted, Dahal’s secretariat will start working in the new house, the source informed. Dahal has already started living in the house.

While living in India, Dahal had changed his residence several times-from Noida Sector 8, 34, Jalandhar and Badarpur among others.

Due to the security reason most of the Maoist leaders used to change their places in India frequently, during the insurgency, one Maoist leader said. Dahal had established his underground headquarter in Piragadhi and Rohini. In Nepal, Dahal spent few months in Rolpa.

KATHMANDU, Jan 28: KP Sharma Oli and Pushpa Kamal Dahal have been meeting at the latter’s residence at Khumlatar to... Read More...