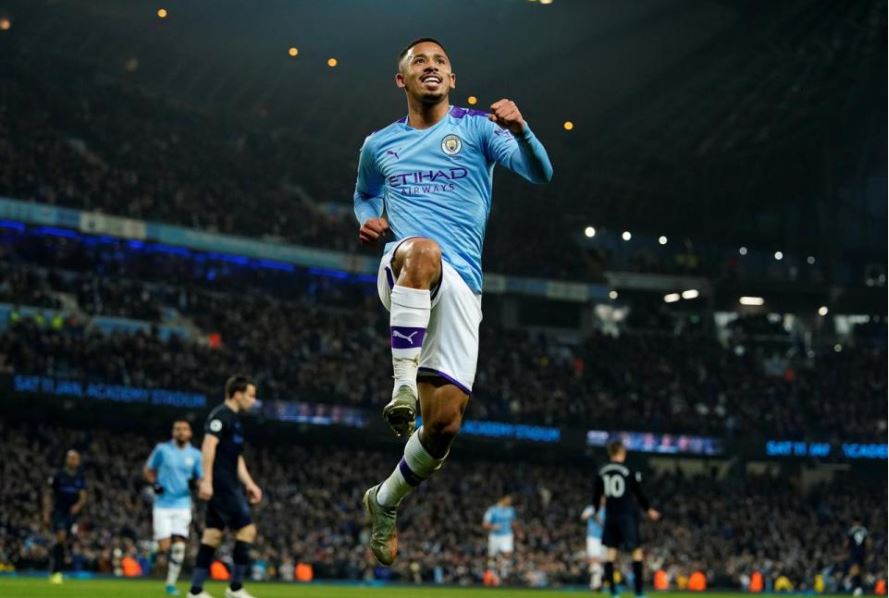 Ancelotti had enjoyed two wins from two before the trip to Manchester, but the writing appeared to be on the wall as Phil Foden thought he gave City a 13th minute lead, only for the Video Assistant Referee (VAR) to spot an offside in the build up.

For the remainder of the first half, City were not at their best, but came out after the interval with added impetus, taking the lead in 51st minute through Gabriel Jesus - the Brazilian’s sixth goal in five matches against Everton.

That soon became seven in five as Jesus drilled home Riyad Mahrez’s pass seven minutes later to make it two, only for stand-in City goalkeeper Claudio Bravo to gift Everton a way back into the match as Richarlison scored with 19 minutes left.

The home fans held their breath as City looked uneasy defensively and Everton pressed for the equaliser, but the visitors could not find that killer final pass as City held on.

City’s fourth win in their last five games sees them stay one point behind second-placed Leicester City and 11 behind leaders Liverpool, having played two games more than the Reds.

“When you are far away from first sometimes people give up, but we never give up,” City manager Pep Guardiola said. “We have to keep going.”

Guardiola made five changes from the side who beat Sheffield United, with goalkeeper Ederson ill and unable to start.

Riyad Mahrez was the man, correctly, adjudged to have been offside when Foden thought he had scored, with the hosts then taking until the 24th minute to have a shot at goal, the latest they have had to wait for a shot at goal at home since January.

Twelve of City’s 16 home league goals this season had come in the second half prior to Everton’s visit and it took only six minutes after the break for Jesus to strike, collecting Ilkay Gundogan’s pass before finishing well.

Another fine move saw City double their advantage, as Foden laid the ball off for Mahrez, who slid Jesus in for the Brazilian to slot home his 13th goal in all competitions this season.

Bravo was then far too casual when picking a pass, Theo Walcott drilled across goal, with Richarlison sneaking the ball in.

“At the end City deserved to win — they were better than us,” Ancelotti said. We need time to work and adjust things which are not good.”

Manchester, Jan 18: Manchester City winger Leroy Sane could return to full training as early as next week as he steps... Read More...

Bishwa Prakash's question to Oli: When will you get rid of 'Congress phobia'?
20 minutes ago