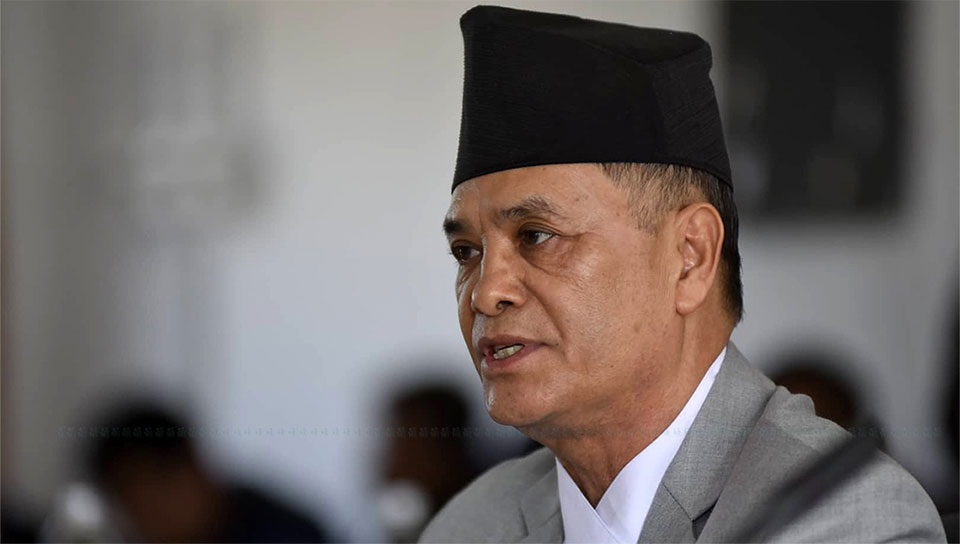 KATHMANDU, Dec 6: The Judicial Council (JC) led by Chief Justice Cholendra SJB Rana on Thursday failed to pick the nominee for a vacant post of justice at the Supreme Court (SC).

“The decision couldn’t take place due to a dispute in the JC,” a source close to JC told Republica. According to him, the five-member committee was divided over the naming JC’s outgoing member Padam Baidik for the position of SC justice. Baidik resigned from the JC earlier during the day.

Chief Justice Rana and member Ram Prasad Sitaula were in favor of picking Baidik for the judgeship while SC’s senior justice Deepak Kumar Karki, who is also an ex-officio member of the JC, and Law Minister Upendra Yadav objected to the idea.

“JC was supposed to pick Baidik today because his resignation was also an indication of the preparation of his appointment,” the source said adding, “But when senior justice Karki and the law minister stood against his candidacy, it could not take the decision today.”

Sources also claimed that Prime Minister KP Oli and NCP Chairman Pushpa Kamal Dahal are also in favor of appointing Baidik even though he will not be in the line to become chief justice. Law Minister Yadav wants senior advocate Surendra Mahato in the Supreme Court while Karki wants another lawyer.

Earlier, Nepal Bar Association (NBA) opposed the plan to appoint Baidik as justice stating that it would be wrong to appoint a JC member as SC justice.

Issuing a press statement, NBA said such move will further weaken the integrity of both the judiciary and the JC.

“NBA drew the attention of Chief Justice, JC and its members over the failure to maintain the integrity of the judiciary in the past and also demanded that JC members should be made accountable by amending the laws.”