Masses of grieving supporters wailed beat their chests and cast flowers on Tuesday as actress-turned-politician Jayaram Jayalalithaa, one of India's most powerful leaders, was buried on the shorefront in Chennai.

Tens of thousands followed the coffin as it was brought through the streets of the Tamil Nadu capital for burial at a beachside memorial to the late M.G. Ramachandran, another former cinema star who brought her into politics.

Thousands of police were deployed to keep supporters from causing havoc or harming themselves in grief as in the past when the state's longtime chief minister fell ill or faced political turmoil. Giant screens gave the crowds views of the last rites.

"She was not only our leader, she was our god," said Paasarai Jeeva, who said she had camped outside the hospital for a week as the revered leader lay inside dying.

Jayalalithaa, widely known as "Amma" or "Mother", died on Monday following a cardiac arrest the previous day. She was 68.

Her AIADMK party quickly named a loyalist to succeed her as chief minister and keep unity in the regional movement built entirely around the cult of Jayalalithaa.

The AIADMK and rival DMK party long dominated Tamil Nadu politics, leaving little room for India's national parties to operate, but Jayalalithaa's death has provided an opening for them to try to gain influence.

Prime Minister Narendra Modi, head of the northern-based Bharatiya Janata Party (BJP), flew to Chennai for the funeral and said her death left a huge void in the state's politics.

"Definitely there is a vacuum now and there is scope for national political parties like the BJP and the Congress to play a role," said political commentator S. Murari.

State Finance Minister O.P. Panneerselvam was sworn in as the new chief minister an hour after her death was announced. Tamil Nadu is an important economic centre in India and a base for auto firms Ford Motor Daimler, Hyundai and Nissan and IT firm Cognizant.

Panneerselvam had stood in for Jayalalithaa in the past, but made clear he was not replacing her. He declined to take her place at the head of the cabinet table while she was ill and instead had her picture placed there.

His rise to the top job in Tamil Nadu was aimed at allaying fears of a power struggle in the AIADMK, which Jayalalithaa had ruled with an iron hand.

Jayalalithaa's cult status in Tamil Nadu, which began with her dozens of star performances on the silver screen, was fuelled among the masses by occasional giveaways of laptops, mobile phones and food rations to the poor.

As her hearse made its way to the Bay of Bengal shorefront, flanked by party workers clad in traditional white garments, crowds behind the barricades jostled to get a better view of "Amma".

Many scaled the walls of nearby building and parapets to get a better view. 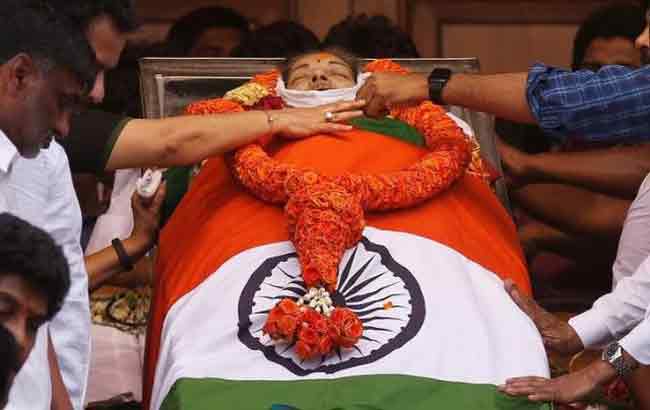 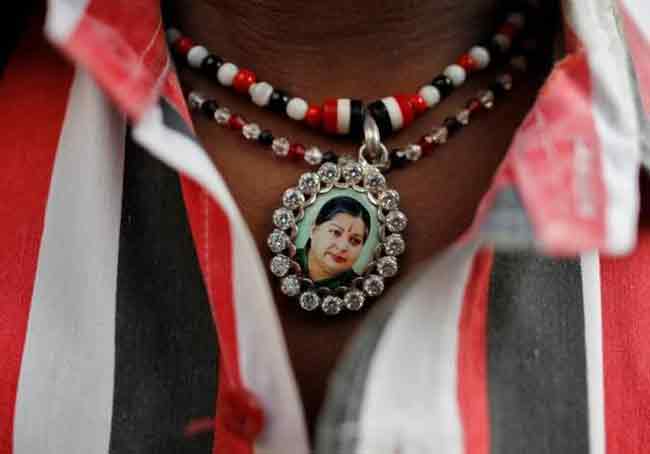 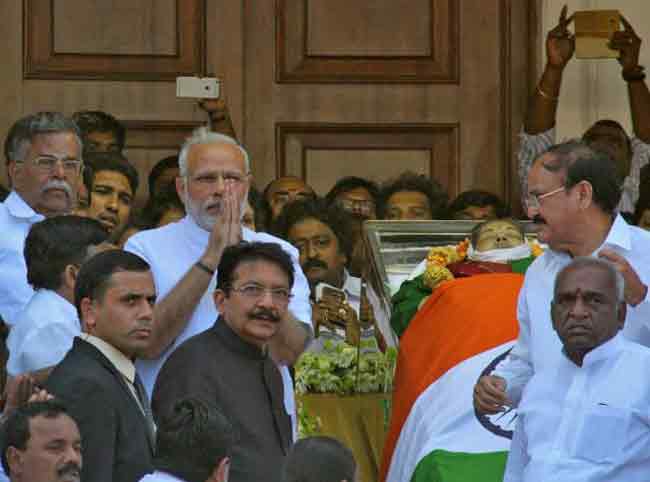 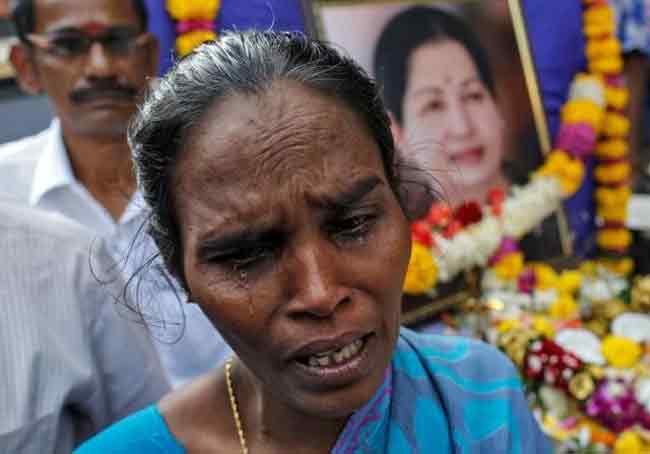 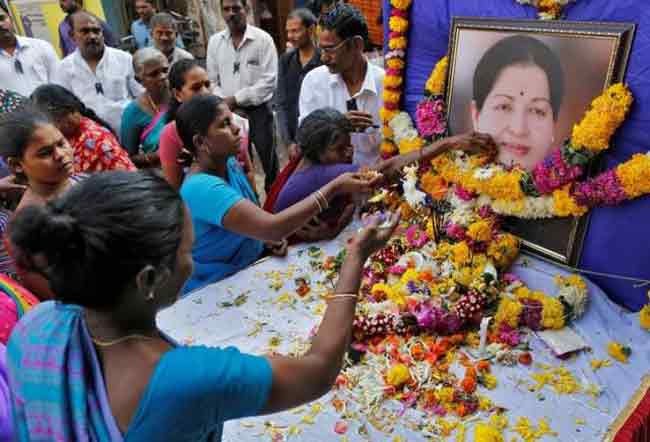 BUTWAL, Sept 23: Three persons were killed when a landslide buried a running truck and a car at Tinau rural... Read More...