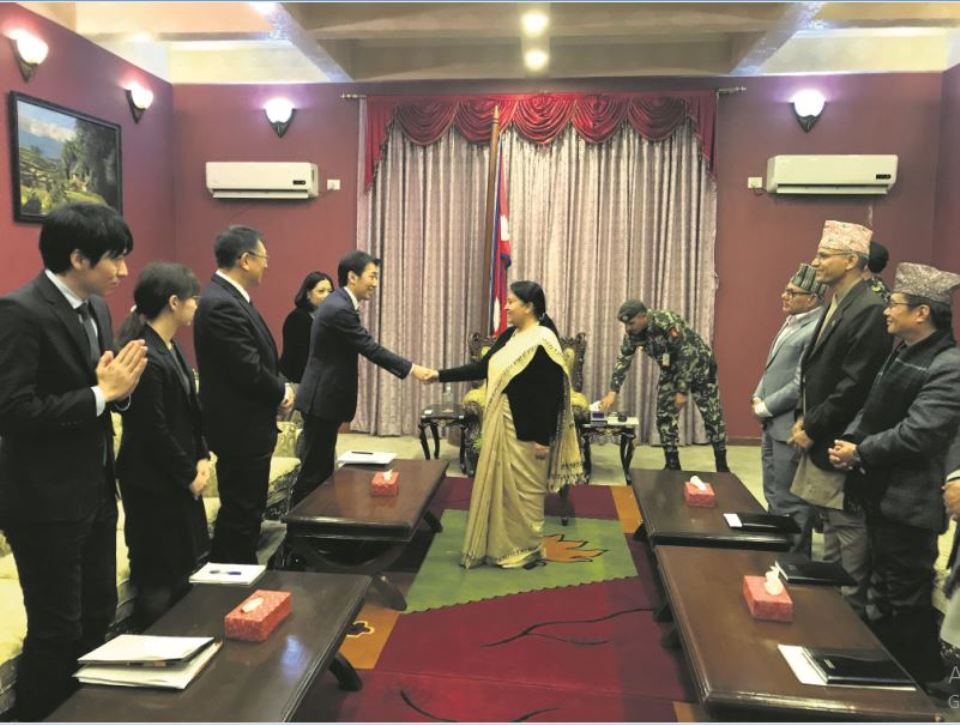 During these meetings, the two sides exchanged views of mutual interest and cordial relations between the two countries, which has been in place since the bilateral relations between the two countries was established in 1956. Vice Minister Nakayama expressed that the recent increase in bilateral exchanges between Nepal and Japan was further enhancing the long-standing relations, while recalling the recent visit of President Bhandari to Japan.

According to a statement issued by the Embassy, Nakayama visited various project sites including Paropakar Maternity and Women's Hospital at Thapathali supported by Japan under the Program on Rehabilitation and Recovery from the Nepal Earthquake in 2015. He also visited Tribhuvan International Airport which Japan supported under the Project for Improvement of Aviation Safety Facilities in Major Airports.

Among others, Vice Minister Nakayama observed Kathmandu Durbar Square where two Japanese cultural heritage advisers are engaged in reconstructing cultural heritages damaged by the earthquake in 2015. He also attended a promotional event of Visit Nepal Year 2020 organized by the Embassy of Japan in Kathmandu.

Tokyo, June 21: Nepalis residing in Japan have contributed over Rs 1.1 million to the Dhurmus-Suntali Foundation, a charity focused... Read More...