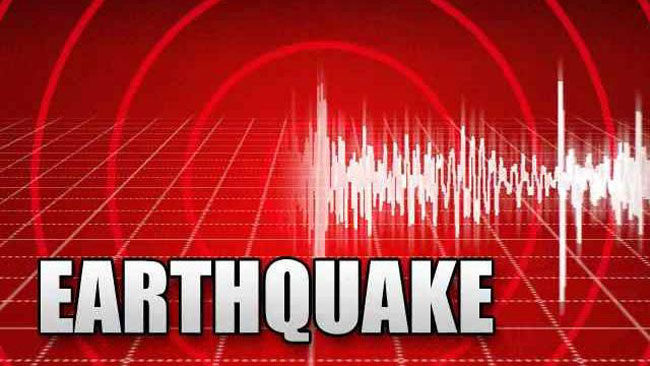 TOKYO, Oct 21: A powerful earthquake with a preliminary magnitude of 6.6 struck western Japan on Friday, but there was no risk of tsunami.

The Japan Meteorological Agency said the earthquake occurred at 2:10 p.m. (0510 GMT) in the Tottori prefecture, about 700 kilometers (430 miles) west of Tokyo. The epicenter was at a depth of 10 kilometers (6 miles).

The agency said there was no danger of a tsunami from the inland temblor.

There was no immediate report of injuries or damage, officials said. The earthquake caused temporary blackouts at about 39,000 homes in the region, Japan's NHK public television reported.

Koji Nakahara, an official at the coastal town of Hokuei near the epicenter, said the town hall building was shaken but nobody was injured.

"It shook quite violently and file cabinets fell down, but luckily nobody got injured in this office," Nakahara said in a telephone interview with NHK. "At lease there is no tsunami warning, that's a big relief."

ALASKA, Jan 23: A magnitude 8.2 earthquake off Alaska’s Kodiak Island prompted a tsunami warning for a large swath of... Read More...

Four arrested with Red Panda hide, two others with musk
18 hours ago