It’s heartbreaking to write about the death of a columnist 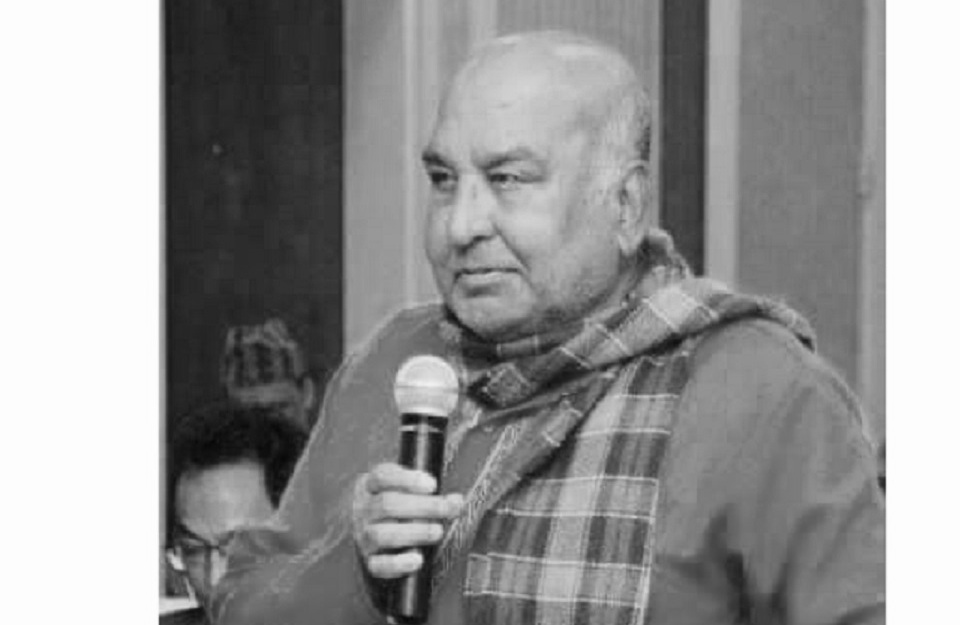 Sukhdev Shah always had a national outlook, rather than regional, on many political issues, one reason why he may not have been appreciated much by Madheshi intellectuals and activists.

How do you write about the news of death of an intellectual who has been a columnist with the newspaper you have been part of for many years? How do you respond to the news?

When I first saw the news on the Facebook wall I thought how can it be true? The person who is said to have died had written to me only a week ago. “Mahabirji, you may use this article at an appropriate time.”

He passed away before his last submission was published.

He was not a columnist popular among progressive brigades in Kathmandu and perhaps in the plains as well. I never saw Kathmandu debating the issue he had raised in dozens of articles he wrote for Republica. And there was a reason: He was not an extremist of either end.  He was not for the one to create ethnic states, for example, and he never supported or justified the blockade of 2015.

Instead, he used his words to advocate for development of Madhesh, to expose the cause of its backwardness, the plight of people, the sense of identity crisis the residents of this region face due to being a Madhesi, the accusatory eyes from the hilly people which tend to equate every brown man from Madhes as being an Indian citizen, how Nepali Congress betrayed Madhesh, how Madhesi parties further betrayed Madhesh and so on.

He and I had disagreement on many issues. ‘I don’t agree with your views but I respect your opinion,’ he would write to me. “I am coming to Kathmandu and when I do, we are going to have a long conversation,” he once wrote to me. Few days later he said his plan to come to Kathmandu has been disrupted by Covid-19 and that he will make it when the pandemic goes off.

It could never happen.

He was a regular writer for Republica where he mostly commented on economic issues, while also commenting on political and foreign affairs matters. When he came to know that Republica had suspended print edition due to the pandemic, he asked me to put some of his submissions on hold. “You may run these submissions when the print resumes,” he wrote to me. They are in my inbox.

And then this news: He is no more.

I am talking about Sukhdev Shah, a Nepali from Nepal’s plains who went to live in the US at his youth, who settled down there, made a career in an international agency, but who always thought about Nepal. An intellectual from Madhesh, Sukhdev Shah always had a national outlook, rather than regional, on many political issues, one reason why he may not have been appreciated much by Madheshi intellectuals and activists.

I never met him in person. I never thought he was over 70. When I heard about his passing, I thought how a man has to bear with a tragedy and himself becomes the subject of a tragedy. Only last year, he had lost his son, 45.

Tula Narayan Shah gave me a glimpse of what kind of person Sukhdev Shah had been: Sukhdev Shah worked as the economist at International Monetary Fund (IMF) nearly for three decades, he was an economist, a PhD, who taught economics in the American universities.  He was fairly settled in Washington DC but in recent years he was longing to return to Janakpur, his hometown. He was the one who provided monetary assistance to Congress leader BP Koirala for his health treatment. Every Madhesi would find a guardian in him when he visited Washington.

For a man from Janakpur to reach America, to become an economist of IMF is no small feat, whatever his economic and family background.  Sukhdev Shah will be missed in the op-ed pages of Republica and its online version.  I want to pay a tribute to this intellectual by publishing his most recent submission (as it is) which he had emailed me only a week ago:

It is nice to hear of the news of Janakpur-Jainagar Railway as operating again, after 10 years of stoppage that happened for no other reason than the betrayal by Madhesi leaders to safeguarding Madhesi interests against pahade onslaught of Madhesi welfare.

As Dr. Haribansh Jha says in his article, the railline was opened up in 1927 during the reign of Chandra Shumsher Maharaj, which was primarily to transport logs from Madhesh Jungles to markets in India. The train was turned into passenger service probably after the World War II.

It is just wonderful for the Indian Government to provide most of the money for its construction. Dr. Jha says Rs.8.8 billion in Indian Rupees--or 14 billion in NRS-- has been made available as Indian grant to the Railway, which is a huge sum of money for Nepal. However the recent tense relations with India belies the notion of cordial bilateral relations, perhaps because the railway investment was primarily made for Madhesh population from which pahade regions have not much in trade and investment links.

Anyway, after several years of ups and downs in bilateral relations, the Indian railway grant has added one sizeable engine of growth to the Madhesh economy whereas nothing now exists.

It is uncertain, however, how the rail line will get operated for which we do not have solid technical manpower and administrative expertise. A lack of such personnel and pervasive coolness of Central Government toward this railway sunk its operation in 2010 that was the most tragic event to happen for Madhesh, economically as well as disruptions it caused to social contacts.

If administrative inefficiency--principally the load of corruption--and needed technical expertise are made available to the railway, this will help re-invigorate and sustain the Madhesh economy, especially if this railline gets linked to China border that will open up Madhesh economy to the vast and lucrative markets in Tibet with which Nepal will then have comparative advantage in trading with China more solidly than it has with India. However, the main doubt is if the Central Government will be sympathetic to Madhesi interests in making this happen.

I am sure China will enthusiastically support such a proposal and that Indian Government will not object to it if this helps soar up Madhesh economy and reduces migration to India for jobs that are now needed for local workers who themselves are imperiled by COVID 19 slowdown of the economy.

We then look forward to efficient operation of the built up rail line and its further extension to the China border that really will help Nepal—and Madhesh in particular--in a more effective manner than anything that has happened for the promotion of national welfare as until now and for the integration of Madhesh economy to the rest of the country, along with a bit of opening this will provide to international trade opportunities.

Finally, a bit of correction to the names used to identify the Rail stations. Nahinthpur should be Mahinathpur which, by the way, is the closest station to my village, about 3km away to the north. In the map of the railine used in the article, Jainagar is spelled correctly but, in the title this is wrongly spelt as Jaynagar.

Friends in Madhesh have a reason to pay respect to this intellectual who cared for its development, above everything else.