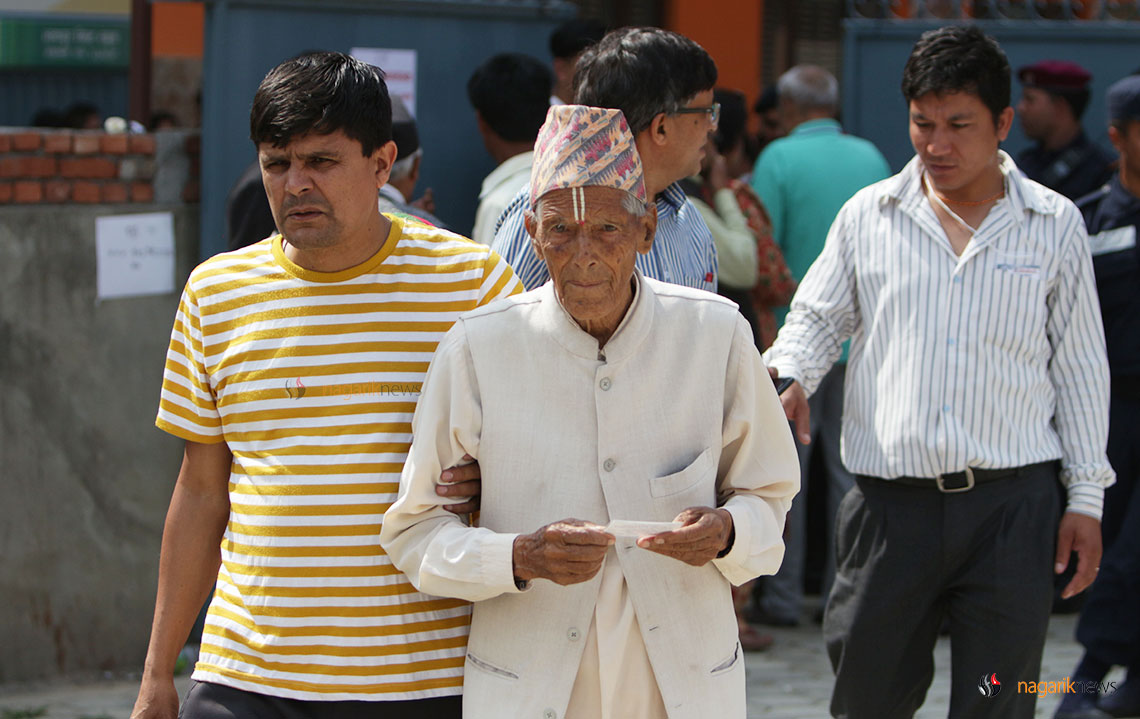 POKHARA, May 14: The ballot paper which is large in size, cumbersome in folding and has multiple boxes to be marked on  has made the voting process a bit complicated for the voters.

It took more time than the permitted one for the experienced voters who had voted earlier.

According to returning officers deployed in various polling stations, even the experienced voters took more than seven minutes to vote.

The elderly, those with low level of education and illiterate voters took more time than the time allowed by the Election Commission (EC).

It took around seven minutes for the senior voters to cast their votes, said returning officer Rajesh Regmi.

It took around two minutes for the youths and the literate people to cast votes, said he.

According to the returning officer deployed in Pokhara-Lekhnath Metropolitan City-8, it took around five minutes for the elderly and three minutes for youths.

EC officials said the average time taken to cast votes is one minute.

DANG, June 28: 25 percent of the total voters in Dang district have cast their votes within three hours since... Read More...

DHADING, May 14: Five mayoral candidates who fielded their candidacies from Nilakantha Municipality have cast their votes at the same... Read More...