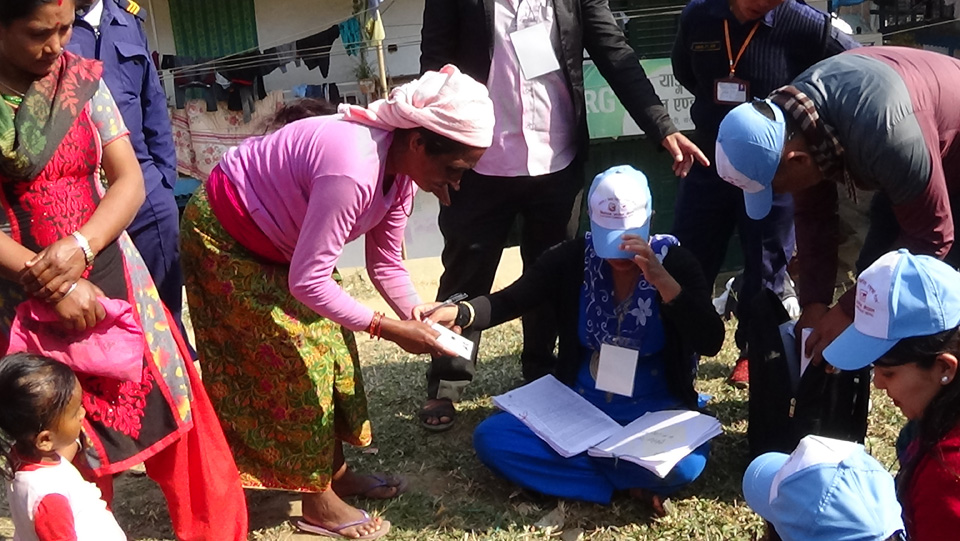 ILAM, Dec 2: All the votes cast in mock elections organized in different places in the district were found valid.

Over 1,000 voters took part in the mock polls organized as a part of voter education campaign so as to reduce invalid votes. "Only five votes are invalid in Mangalbare,” District Chief Election Officer Prem Kumar Kafle said, adding,  "The voter’s education is more effective this time than in the past."

"Voters are very excited to cast their votes. But some voters were confused due to different ballot papers for the House of Representatives, Provincial Assembly and Proportional Representation", Kafle added.

According to Kafle, in 266 polling centers out of 144 polling stations, a volunteer has been deployed to orientate the voters in each polling center. He said, "We informed voters about the voting right, the method of valid vote casting, which reduces the number of invalid votes."

As many as 3,204 staffers have been deployed for the elections of the House of Representatives and Provincial Assembly in the district. Among them 2,204 are election officers and 1, 000 are volunteers. There is a chief returning officer, returning officer, name list checking staffers, three staffers for providing ballot papers to the voters, two assistants and two volunteers are deployed in each polling center.

As the second phase of elections is just five days ahead, the security has been beefed up in the district, informed Chief District Officer, Bishnu Kumar Pokharel.

On the polling day, around 3,000 security forces including Nepal Police, Armed Police Force, Nepal Army and temporary police will be deployed.

CDO Pokharel said, to ensure strong security before during and after the polling day, a contingent of Nepal Army will be kept standby at the base camp in four different places like Aitabare, Danabari, Mangalbare and the district headquarters Ilam.

Senior politicians, ministers not to cast their votes in phase I polls

KATHMANDU, May 12: While millions of people are preparing to cast their votes to elect their local level representatives after two... Read More...

ILAM, Feb 28: Thirty-five-year-old Bijay Limbu of Chamaut never gets a chance to cast votes in local elections although he voted... Read More...

USD 800 stolen from student's luggage at TIA
57 minutes ago