Issue behind our issues 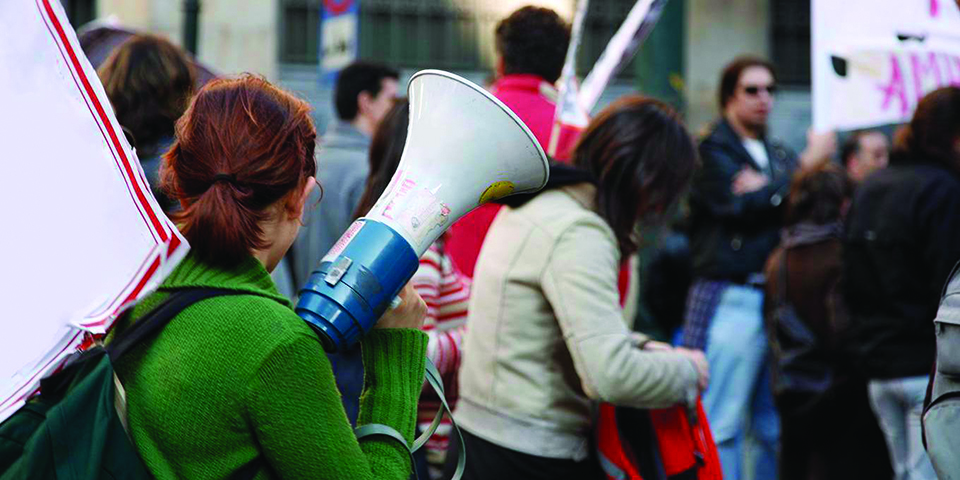 If the West adopts sensible policies, its own firms and consumers stand to benefit substantially from China’s growth

LONDON – As the chair of the Royal Institute of International Affairs (Chatham House), I recently hosted an offsite event with some of the organization’s strongest supporters, research staff, and other leaders. I left with a clearer view of three of the biggest issues of our time: slowing productivity growth, anti-establishment politics, and the rise of China.

Generally speaking, the reason that we have so many “issues” is that the international capitalist model has stopped functioning as it should, particularly in the years since the 2008 financial crisis. This has become increasingly apparent to many Western voters, even as experts have struggled to understand the precise nature of the economic and political shifts underway.

According to the economic textbooks that I grew up with in the 1970s, successful businesses within a market-based system should deliver profits to their equity owners, which in turn should lead to stronger investment and rising wages. At the same time, the potential for profits should attract new market entrants, which in turn should erode the incumbents’ profitability, fuel competition, and spur innovation.

This pattern no longer holds. Incumbents’ reported profits seem to rise persistently—often with the help of extremely efficient balance-sheet and financial management—but there is scarce evidence of rising investment or wages. As a result, productivity across many advanced economies appears to be trending lower.

In these circumstances, it is little wonder that Western voters have been attracted to anti-establishment political parties. But this does not mean that liberal democracy is breaking down, as one often hears. In fact, a forthcoming Chatham House report casts substantial doubt on the credibility of that alarmist claim.

Between the 1970s and the start of the new millennium, politics in many Western countries moved rightward—a trend epitomized by New Labour in the United Kingdom and the Democratic Leadership Council in the United States. For a while, this mode of politics seemed to work fine. Under conditions of persistent growth, low inflation, and a rising tide that lifted all (or most) boats, a neoliberal consensus crystallized, and alternative views were marginalized.

Everything changed after 2008. Over the past decade, markets seemed to have stopped delivering widely shared growth, and mainstream parties have not come up with any new ideas. Voters have thus turned to the once-sidelined voices on the left and right. The far-left policies being proposed by UK Labour leader Jeremy Corbyn almost certainly would not work. But that is beside the point. What matters to disadvantaged voters is that Corbyn’s proposals seem to offer something that the current system does not. Similarly, those on the right are unlikely to deliver greater prosperity, but their ideas have the virtue of sounding different. Blaming immigration, “globalists,” and China for everything can make for a powerful sales pitch.

In order to offer voters a better choice, the center must do much more to ensure that market forces are delivering the same results as they did in previous decades. And here, throwing around sweeping accusations of “populism” and the end of democracy won’t help.

In trying to explain the current moment, too many of my liberal colleagues are relying on a mistaken narrative. The problem is not that scary new populist forces are destroying the post-war economic model; rather, it is the other way around. The rise of new political movements is the logical result of the earlier period of neoliberal consolidation, and of the failure of centrist thinking to deliver the same results it once did. To be sure, there is some merit to the argument that social media have facilitated the spread of heterodox—and sometimes toxic—points of view. The leading social-media companies clearly have not spent enough on protecting their users from sophisticated propaganda, scams, and the like. But the real question is why those messages have found so many receptive ears. After all, the same technologies that allow marginal voices to reach a much larger audience are also available to centrists. Barack Obama’s 2008 US presidential campaign harnessed the power of these platforms to great effect.

Finally, the Sino-American dispute over trade and technology may be more dramatic for involving a non-liberal, non-Western rising power. But the essence of the conflict is economic. Within the next decade or so, China’s economy will likely surpass that of the US as the largest in the world.

To my mind, Western policymakers should be countering Sinophobia and encouraging their societies to live comfortably with China. Economic progress in China will not prevent America’s 327 million people from becoming individually wealthier themselves. If the West adopts sensible policies, its own firms and consumers stand to benefit substantially from China’s growth.

As for think tanks like Chatham House, it is clear that we must play a more active role in setting the facts straight on all of these issues. It would be a tragedy to sacrifice our collective prosperity as a result of unclear thinking.

All communication scholars across the globe unanimously agree that human beings cannot NOT communicate. Even silence is strong communication among... Read More...