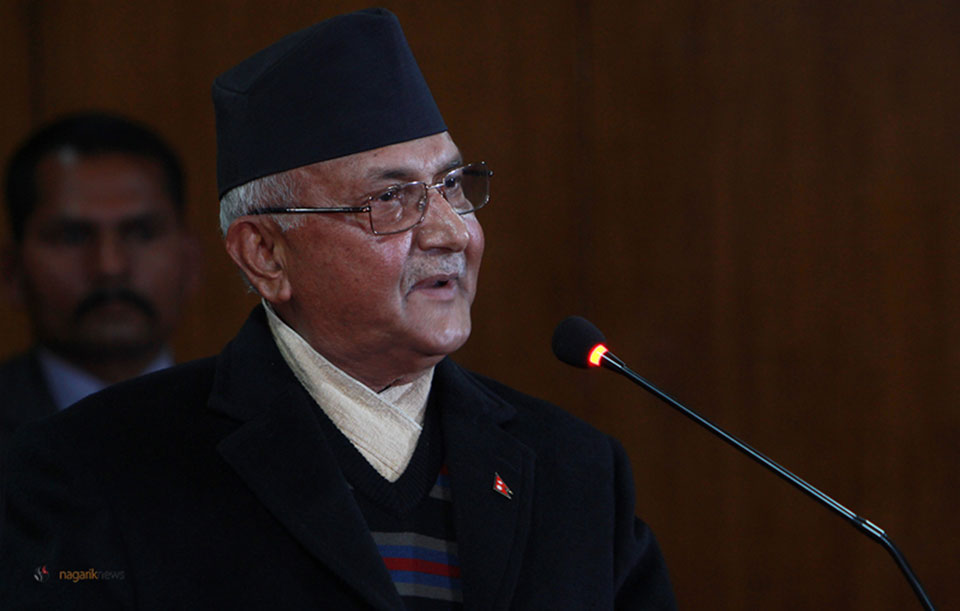 KATHMANDU, Sept 30: While senior leaders of the ruling Nepal Communist Party (NCP) have started criticizing the government for its ‘poor’ performance, accusing the party chairman and Prime Minister KP Oli of indulging in consolidating power, Oli’s ministers, too, are found to be miffed at the prime minister for trying to ‘scrutinize’ their activities.

Most of the ministers became unhappy when Prime Minister Oli, on April 6, transferred 30 secretaries keeping the ministers concerned in the dark. The ministers representing the former Maoist party had immediately expressed their serious reservation over the decision and demanded correction.

They also drew the attention of another party chairman Pushpa Kamal Dahal to the matter. But, Oli defended the decision stating that picking secretaries by the ministers themselves could encourage irregularities ‘because of a collusion between political leadership and bureaucracy. Later, when Dahal requested him, Prime Minister Oli recalled Secretary Krishna Dhwaj BC, who he had transferred to the Ministry of Drinking Water and Sanitation, the ministry led by Bina Magar, Dahal’s daughter-in-law. Oli also agreed to send Secretary Gajendra Kumar Thakur to the ministry, at the choice of Minister Magar.
Prime Minister Oli had transferred six secretaries to various ministries from his office, including his confidant secretaries Prem Rai to the Home Ministry. Oli placed his confidant Krishna Devkota at Tourism Ministry and Dinesh Thapaliya at Federal Affairs and General Administration Ministry. But the decision became costly for the government resulting poor performance by the ministers due to lack of coordination between the ministers and secretaries.

Adding fuel to fire, the Prime Minister’s Office (PMO) started scrutinizing the activities of various ministers by forming an ‘evaluation and monitoring’ mechanism under the PMO. Oli entrusted secretary at his office Kedar Adhikari, who heads the Provincial Coordination and Planning Division, to monitor the other ministries, further deepening mistrust between him and cabinet ministers earlier this month.

The PMO has also developed software to monitor the performance of ministers and started taking a briefing from the secretaries about the ministers’ performance directly, which used to be through the chief secretary in the past.

Most of the ministers representing former Maoist party are upset after the secretaries started challenging their decisions, given their close relations with the prime minister. Relations between Forest Minister Shakti Basnet and Secretary Biswanath Oli have soured after the latter challenged the minister’s decision, who claims to be a close relative of Prime Minister Oli. Likewise, Industry and Supply Minister Matrika Yadav is irked with Industry Secretary Yam Kumari Khatiwada accusing her of defying his decisions. Energy Minister Barshaman Pun is also not happy with the prime minister, accusing him of shouldering ministry secretaries Anup Upadhyay and Sanjay Sharma who are camping against the minister’s moves. Also, UML leader and Foreign Affairs Minister Pradeep Gyawali and Physical Infrastructure Minister Raghubir Mahasheth are disgruntled with the prime minister after the later backed their secretaries in a dispute over ministerial decisions, said sources.

“Secretaries at various ministries maintain direct relations with the prime minister. They don’t listen to their ministers and the chief secretary,” said a source at the PMO.

After Home Minister Ram Bahadur Thapa objected to the transfer of Prem Kumar Rai from PMO to his ministry, the relations between the minister and secretary remained bitter from day one.  Rai is in the race to become the chief secretary.

PM Oli is likely to face a no-confidence motion in the House session ... Read More...

Kathmandu DAO urges hospitals to not create panic
3 hours ago