Is Nepal's coronavirus different from the rest? A study will unravel the mystery of the virus structure at the genetic level

The SARS-CoV-2 phylogenetic tree – the family tree that connects all the sequenced coronavirus samples worldwide. The colors denote regional ‘branches’ of the tree. nextstrain.org

KATHMANDU, August 12: On May 19, Prime Minister KP Sharma Oli spoke in the parliament about the comparative strength of coronaviruses coming from different parts of the world.

"The virus coming from Wuhan appeared weak. Similar to cases from Italy and Dubai. But the one coming from India lappears lethal," he had said. It was more of a political statement, and not a scientific one. The PM's statement was widely reported in the Indian media as well.

Nearly three months after the PM's remark on the virulence of the virus in the parliament, and seven months onto the outbreak of COVID-19, Nepal has finally started investigating the genes of the virus to ascertain its makeup, focusing on lethality and possible mutations on their journey to Nepal. A lab in Kathmandu has started a study to assess how similar or dissimilar they are in terms of genetic sequence with their relatives from across the world. The result will record the changes in their genetic identity in Nepal beginning from its outbreak in January.

A private lab, Intrepid Nepal Pvt. Ltd. (INPL), has started working on the genetic sequence of the virus through 'Next Generation Sequencing (NGS)' technology, which reads the entire genome in a  short period of time. Comparing sequencing results over time can help scientists understand if and how viruses mutate.

"We have been given a three-week time to provide the results of the 15 samples, and the countdown starts this week, once samples arrive at our lab" Dr. Sameer M. Dixit of INPL, and one of the investigators of this study, told Republica.

The government-owned Nepal Health Research Council (NHRC) is steering the study, covering at least 15 representative samples of the virus, which they believe are sufficient for the study. These swab samples are collected from returnees from Europe, India and other countries; people from different geography, hotspots and ethnicity, people with different levels of infections, symptomatic and asymptomatic patients, among others.

"Such studies are largely comparative and these samples are sufficient to tell whether the viruses are of the same strain or not," Dr. Meghnath Dhimal, an investigator of the study and a chief researcher at NHRC, told Republica. Since the emergence of SARS-CoV-2, several research studies have highlighted variations in the virus’ genetic sequence.

The lead investigator and member secretary of NHRC, Dr Pradip Gyawali, informed that the study would cover more samples once the preliminary phase report is available. "We are planning to conduct a study with 100 samples that  target the full SARS-CoV-2 genome," Dr Gyawali said.

The NHRC believes the outcome would be helpful to understand the virulence of the virus coming from different countries. "The study might help us to understand whether the virus from India is more virulent than others," added Dr Gyawali.

Also, the information about the virus strain in Nepal would help to know which vaccine would be suitable for Nepal,  according to NHRC. A vaccine, typically containing one or several antigens from or similar to a disease-causing microorganism, generally improves immunity to a particular disease upon administration by inducing specific immune responses. 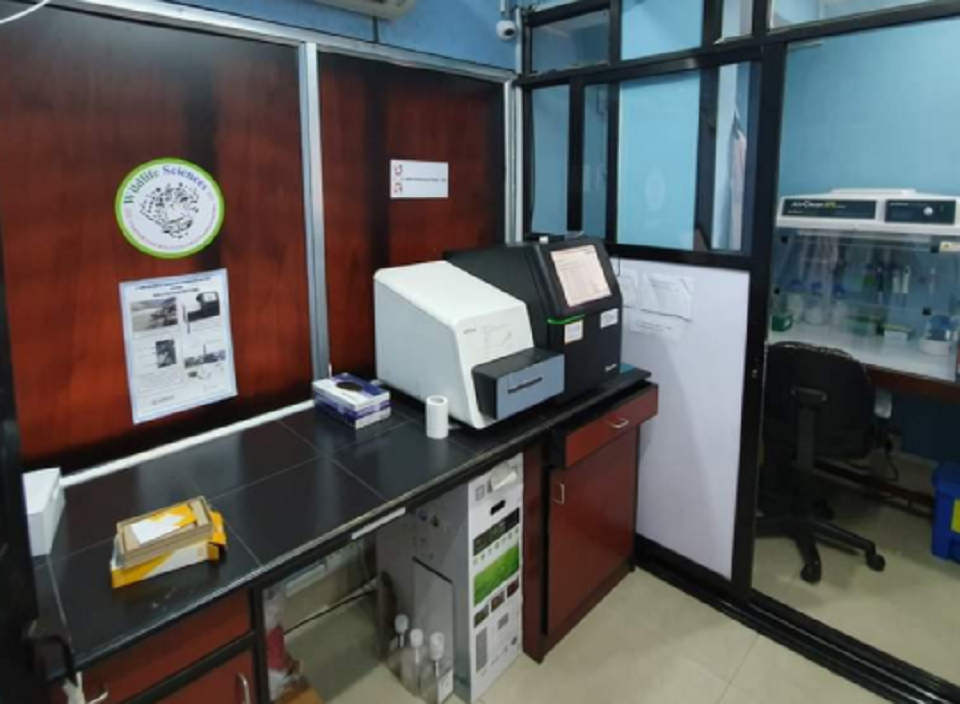 The result would also shed light on whether the reagents currently used for carrying out RT-PCR in Nepal  are appropriate or not. "The RT-PCR  reagents target different strains of the virus and a detailed knowledge of the local strain would be useful to avert false corona positive reports," Dr Dhimal explained.

Nepal has started treating the COVID-19 patient with convalescent plasma therapy, and the knowledge of the virus strain is expected to help choosing plasma that is beneficial to a particular patient in order to develop the required antibody, officials said.

However, a microbiology professor at Tribhuvan University, Dr Prakash Ghimire, has questioned whether the samples studied are "statistically representative samples" to carry out such an important study.

"I have my doubts about whether the samples are statistically representative and sufficient enough, given the huge gap in the knowledge of the new coronavirus in Nepal," Ghimire said. He further informed that a total of 42 coronavirus mutations were recorded in China.

However, Dr Dixit argues that these samples are sufficient enough for initial baseline studies.

"Large sample size is not relevant for such a base-line study," he said.

The genome sequencing study was initially planned to be conducted by Kathmandu University. However, the machine and reagents could not arrive on time. Then the government entrusted the INPL to carry out the  study.

KATHMANDU, March 30: Ministry of Health and Population has said that family members of all four coronavirus patients do not... Read More...

KATHMANDU, March 12: Government on Thursday said that it will enforce lock down in the particular area of the country... Read More...

COVID-19 risk in Nepal is beyond prediction: Minister Gyawali
4 hours ago

PHOTOS: A school in Kageshwori Manohara Municipality resumes classes after seven months of shut down
12 hours ago

Father arrested on charge of raping daughter
3 hours ago

COVID-19 risk in Nepal is beyond prediction: Minister Gyawali
4 hours ago