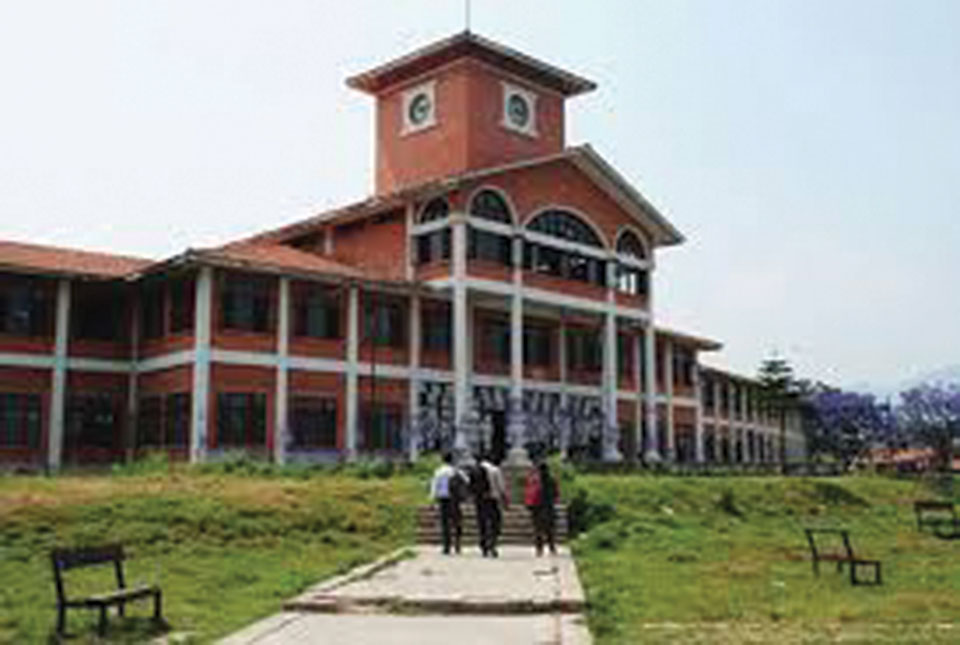 KATMANDU, Oct 15: Tribhuvan University (TU) has granted permission to 116 private colleges to run the Bachelor’s in Computer Application (BCA) course this year whereas only two government colleges have received such permission.

Since the new course attracted more students, private colleges were lobbying to get the permission for running the BCA classes.

Most of the private colleges have received the permission without having the required infrastructures. Massive irregularities are suspected over the issuance of affiliation to such a high number of private colleges.

All campuses (including TU constituent campuses) running the BCA program each have an enrollment capacity of 35 students. TU officials have been accused of granting permission to private colleges after getting hefty kickbacks.

Officials say TU officially charges Rs 1 million for BCA permission while TU charges Rs 200,000 to run a new program of other general subjects. TU authorities had received Rs 1.5 to 2 million from each private college for granting permission to them, said the university officials seeking anonymity.

TU officials also blamed the authorities for issuing affiliations to private colleges while the then Ministry of Education, Science and Technology scrapped the decision of affiliation issued to the private colleges about three months ago after Prime Minister and Chancellor of TU, KP Oli directed TU not to issue any affiliation.

However, TU authorities claimed that it was not a new affiliation. “It is the permission to add new programs but not affiliation,” said Prof Dr Shiva Bhusal, Dean of Humanities Faculty, TU. Though the BCA generally falls under science or technology stream, TU has operated BCA under the faculty of humanities. “The Dean Office is not the decision making body. The TU Council decides to issue affiliations or permissions to add programs,” said Prof Bhusal. “If TU authorities were involved in irregularities while issuing affiliation, it is a matter of investigation,” he added. “We have not done any wrong and illegal deed.”

Established in 1959, TU has now altogether 367,427 students pursuing their studies in different faculties and streams.

The fee structure of BCA in private colleges has also drawn attention. There is a big gap of fee structures of the same BCA program between the private and constituent campuses under TU.

Dean Prof Bhusal said that the fee structure of BCA at TU constituent campuses hovers around Rs 380,000 for four years. “They will not have to pay more than Rs 400,000 including all other additional fees,” he added.

The officials of Trinity International College in Kathmandu said that a student has to pay Rs 650,000 for the four-year BCA program. “Additionally, a student has to pay two percent of Rs 650,000 as TU charges, Rs 500 for each of the eight exam forms and Rs 2,500 for each of the eight exams,” said the officials at the BCA Department of Trinity International College. “We will also provide certain scholarships to the students,” they added.