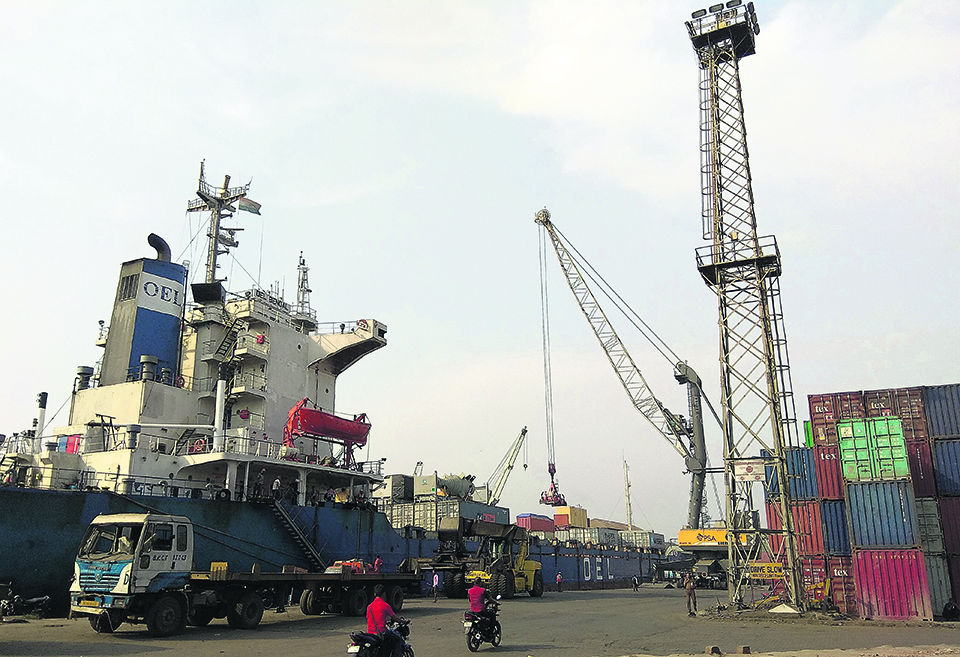 Nepal's Consul General in Kolkata, Ek Narayan Aryal, said major shipping companies have agreed to immediately update their shipping charge of containers coming from third countries to Nepal. "It will now be easier for importers as they can select the shipping companies offering best rates and services," said Aryal. "Things are changing for good. But importers should also be aware of the new developments," he added.

MSC, PIL, APL, CMACGM, YML and BLPL Line, among others, are the shipping companies that have agreed to publish their shipping rates on the website of Kokata Port Trust.

The Consulate General Office in Kolkata had held a meeting with office-bearers of Association of Shipping Interest in Calcutta (ASIC) last week on direct transshipment of containers after the Kolkata port adopted Electronic Cargo Tracking System (ECTS) for Nepal-bound containers using railways. ECTS, which was introduced on February 15, was made mandatory from March 31 onwards.

Kolkata is the second Indian port to use ECTS for Nepal-bound containers after Vishakhapatnam port.

The two countries are now preparing to implement ECTS in shipment done via roads with the assistance of Asian Development Bank.

Importers, however, claimed that transshipment cost didn't come down as expected despite migration to electronic system. However, Aryal said agreement to make shipping cost public is an initiative to bring down shipping cost.

Bishwa Prakash's question to Oli: When will you get rid of 'Congress phobia'?
43 minutes ago