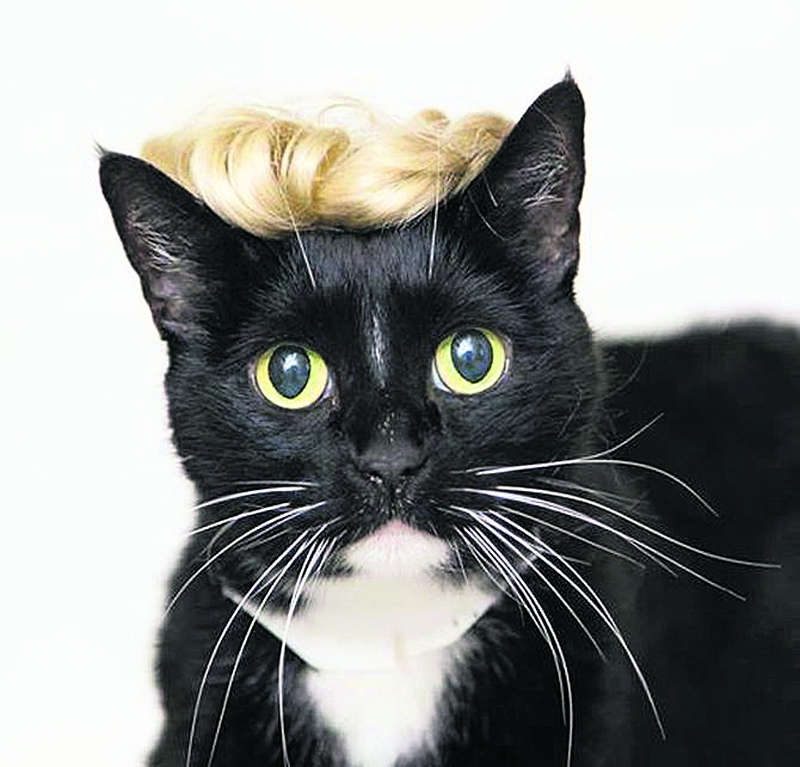 Is there anything else in the world to write about these days besides one Donald John Trump? No, I’m not just talking about near blanket coverage of him in international media like CNN and the New York Times, both of which, we now know, publish only “fake news”.

It’s even more amusing to witness the hoopla over Trump’s rise in the US in the popular press here in Nepal. Even Republica has published many opinion pieces by Nepali writers on this topic, which has been relentlessly milked following the November 8 election victory of the yellow-haired media mogul over Bill’s better half.

Many Nepalis living in the US have confided to me their disquiet over this development. Those without legal papers fear they could be deported. Even Green Card holders feel unsafe. For Trump is not just tweaking old rulebooks. He is writing one of his own. In less than two weeks in office he has ruffled so many feathers, and alienated so many people, one can only imagine the immense harm he will do to image of the ‘land of the free’ in his four (eight?) years in office.

But what kind of stupid people would vote for him? Well, over 50 million seemingly rational and law-abiding American citizens did. But then this kind of idiocy is perhaps universal. Even in our own lives, seldom do we do what is rational. Much more common is to latch on to a particular prejudice and later try to justify it intellectually. Just like Trump, we like creating our own facts, all the time. (Especially those of us who come from the fatalistic Hindu stock, as Prayag Raj Sharma would probably say.)

Remember the last time a cat crossed your path? What did you do? Did you simply brush it off? You are too educated to believe in such nonsense, aren’t you? Or, hang on, did you sneakily wait for someone else to pass and take up the curse on your behalf? I for one am terrified every time a cat crosses my path.

Once, when I was in my teens, a sinister-looking cat scooted across the road, right in front of me, as I was walking back home that night. A bad-bad omen, my culturization had taught me.

So I reach home and my mother is standing out on the front porch, a foreboding look on her face. One of our local friends, a lovable boy we often played with, had slipped while trying to dive in a swimming pool, banged his head against the concrete and instantly died. There have been very movements in my life when I have been so badly shocked. I couldn’t move a muscle for the next few moments when my mother told me about the accident. In the meantime, my mind kept going back to the black cat.

It’s been nearly a decade and half since. But memories of that day come flooding back every time a cat crosses my path. I can’t help it. Rationally, I understand that the appearance of the black cat and the accident at the pool could not, in any way, be linked. It’s insane that I still link the two. But that old memory still fortifies my seemingly baseless superstition.

When I talk to my friends, they tell me similar stories that have left deep imprints on their minds and made them believe, against all evidence, that more than coincidence was involved in what happened to them. One friend, while he was studying in India, got a call from home that his father had passed away—on the day of Dashain tika. Since that time Dashains for him have forever been tinged with sadness and not a little unease.

Another friend speaks of how he shudders every time he hears a dog howl. Once, back in his village, he had been unable to sleep for the whole night as the dogs in his neighborhood just wouldn’t stop howling. Next day he learned that one of his neighbors had died overnight.

Then I had this friend who liked to talk about how the ‘life line’ on his palm was particularly short and how he couldn’t stop thinking about it. And he was a student of psychology who studied the roots of such superstitions and phobias!

As I write, I recall so many other examples of seemingly rationale people believing all kind of crap, for all kinds of reasons. The same with the fascination with Trump, I guess. I know of people, right here in Nepal, who shake their head in disbelief every time the new American president utters a word. Yet talk to them for a while and you find that they actually admire the foul-mouthed fornicator-in-chief for his guts and his devil-may-care attitude.

If a rabble-rousing, Trump-like figure stands for election in Nepal tomorrow, I wouldn’t bet against him, not in a country until recently ruled by Vishnu’s earthly avatars, their legions of fawning devotees in tow. The moot question is: Would I vote for him?

The writer is the op-ed editor at Republica.biswas.baral@gmail.com