Indian rapper targets US chemical giant in bid for damages 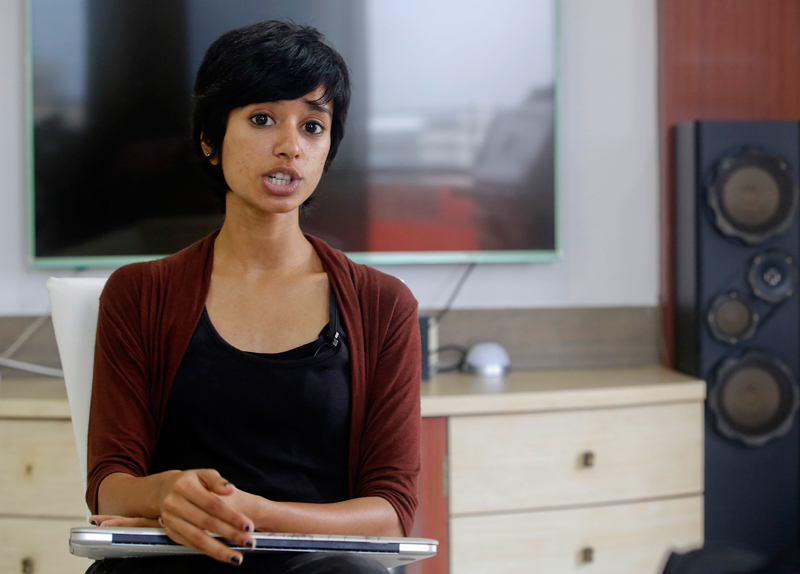 Sofia Ashraf debuted "Dow vs. Bhopal: a Toxic Rap Battle" last month, calling the story of what happened in the central Indian city of Bhopal "a critical message to get out there."

The 1984 tragedy, considered the world's worst industrial accident, was caused by 40 tons of deadly methyl isocyanate gas leaking from a pesticide plant run by Union Carbide Corp. — later purchased by Dow Chemical. The leak killed more than 15,000 and sickened at least a half-million more. Activists say thousands of children have since been born with brain damage, missing palates and twisted limbs.

Union Carbide paid $470 million in a 1989 deal reached with the Indian government, which Dow has said takes care of its liability. But activists say the sum was far too low and ignored the need to clean up the environment.

Her video, she hopes, will change that, with its provocative clips of dancers wearing gas masks, Prime Minister Narendra Modi orating, President Barack Obama donning sunglasses and presumptive Republican presidential candidate Donald Trump doused in water interspersed with images of hospital rooms and Ashraf herself rapping angrily at the camera.

This isn't the first time the Chennai-based artist has used rhymes to call on multinationals to act.

Her 2015 rap video "Kodaikanal Won't" took aim at Unilever, calling on the company to help former workers at a thermometer plant in the Tamil Nadu hill resort of Kodaikanal. Unilever's Indian subsidiary closed the plant 15 years ago after mercury contamination was discovered there.

Earlier this year, the company reached a settlement agreement with the 591 former workers it had employed. Exact terms were not released but the company disputes claims that workers' health was affected by exposure to mercury.

Ashraf has gone after Dow Chemicals before for the Bhopal disaster.

The latest song takes the Indian complaint abroad — urging the U.S. government to force Dow to offer more in compensation and clean up.