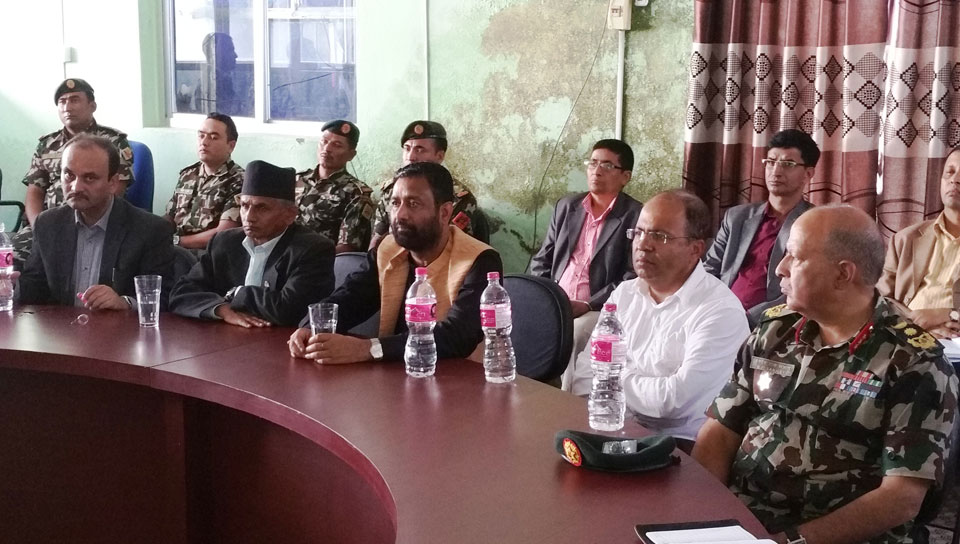 POKHARA, Oct 29: Indian President Pranab Mukherjee will stay in Pokhara only for three hours during his three-day Nepal visit. Mukherjee will arrive here from Janakpur on Friday.

According to sources, the Indian President will land at Pokhara Airport at around 12:45 pm and return to Kathmandu at 4 pm on the same day. Security sources told Republica Online that Mukherjee will arrive in the Lake City through a chartered aircraft of Buddha Air from Janakpur.

“The Indian President will be in Pokhara for three hours,” said a source.

Mukherjee will reach Hotel Pokhara Grande directly from airport and take rest for few minutes. He will then travel to a pension camp of retired Gurkha soldiers serving in Indian Army. The Indian President is scheduled to address at the camp.

Following the address, he will head to airport and fly back to the Capital City.

According to Western Region Administrator Khagaraj Baral, no other vehicles will be allowed to ply during the convoy of the Indian President.