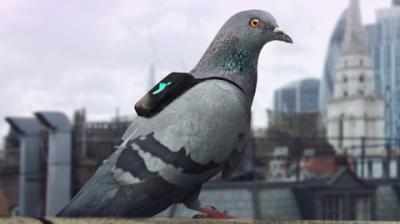 Police in Jammu, city of India-held Kashmir state, have captured more than 150 pigeons allegedly being smuggled for the purpose of espionage.

Sachin Gupta, a police official, said the pigeons have been handed over to a non-government organisation (NGO) Save Animals Value Environment (SAVE).

“On the night of 6th October, during security checking at Vikram Chowk, 150 pigeons were seized from a car. The pigeons were packed in a box cruelly and were also dehydrated. They were rescued under Cruelty to Animal Act and have been handed over to a NGO for their safe custody,” said Gupta on Saturday (October 15).

SAVE NGO chairman, however, wrote to Deputy Commissioner (DC) after rings on the claws of pigeons raised suspicions.

“We became suspicious when we saw that some pigeons had rings in their claws. Rings were in blue, red, white, green colours and some were having double rings. Wings of maximum pigeons were clipped and half were having safety pins and were attached with thread,” said Namrata Hakhoo, an activist with the NGO.

Meanwhile, the DC has ordered a probe into the issue. The birds would be released only after the investigation is completed, the police official said.

SRINAGAR, May 7:  Rebels attacked a police squad in the Indian portion of Kashmir, triggering a gun-battle that left three civilians,... Read More...