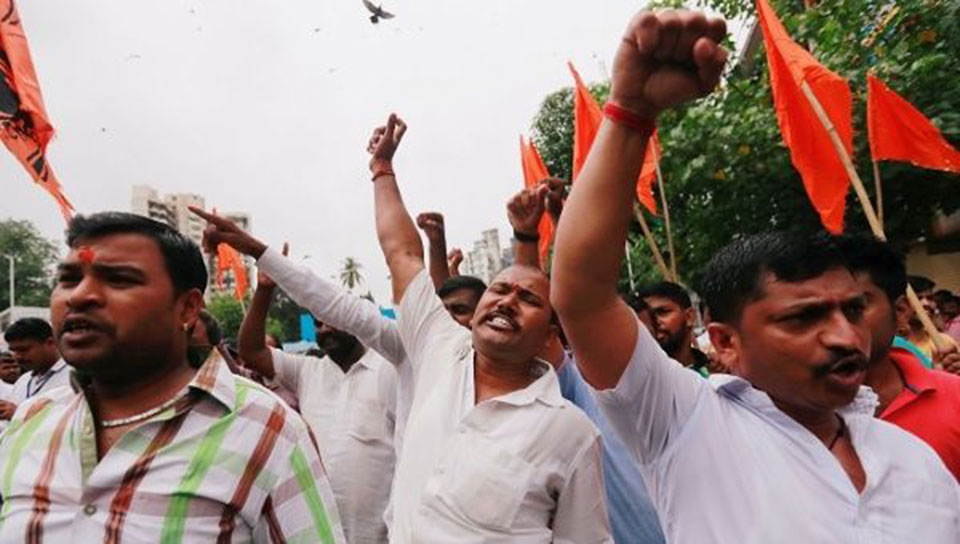 CARACAS, July 28: Like other communities in India the Marathas, who make up around 30 percent of the western state's 110 million people, want quotas or "reservations" to ensure they get jobs in the government and education.

Almost 450 people were in custody in the Indian state of Maharashtra on Thursday after clashes between thousands of protestors from the Maratha minority and police charging with batons and firing tear gas, officials said.

"We have detained 447 people for their involvement in arson and stone-pelting and action will be taken against them," Deepak Deoraj, a spokesperson for Mumbai police, told AFP a day after the clashes on Wednesday.

More than 30,000 police were deployed, in places using tear gas and baton charges to disperse the protestors, which began taking to the streets on Monday in the city of Thane and spread across the state.

The protests were sparked when a Maratha community activist jumped to his death from a bridge. Another activist killed himself with poison on Wednesday, while a police officer died in clashes on Tuesday.

However, more demonstrations were called off by Maratha groups late on Wednesday after state chief minister Devendra Fadnavis called for talks with the community.

"We are monitoring the situation to prevent further violent incidents and have detained 20 people in the Thane region," Sukhada Narkar, a spokesperson for Thane police, told AFP.

The Marathas have for years been pressing for more state jobs. A rally by hundreds of thousands paralyzed Mumbai last year. One bid to give them more jobs was canceled by an Indian court in 2014.

Maharashtra is an important agricultural state but in recent years poor rains have led to crop failures. Many Marathas were among more than 2,500 farmers who committed suicide in the state in 2017, according to official figures.

Jobs campaigns by groups like the Marathas and the Patidars in Gujarat state have claimed many lives in recent years.

On Wednesday a court in Gujarat sentenced a firebrand Patidar leader, Hardik Patel, to two years in prison for rioting and arson during 2015 jobs protests that left 10 dead.

Police in Jammu, city of India-held Kashmir state, have captured more than 150 pigeons allegedly being smuggled for the purpose... Read More...