Yadav is in Nepal for purpose of acting in a movie that is jointly being produced by Adhikari Brothers Pictures and Ketan Films.

“Indian actor Rajpal Yadav visited Giranchaur Integrated Settlement in course of shooting for the movie Karodpati. His visit has encouraged us to work more” , said Kattel in his facebook status.

The shooting for the movie will take place in  Jomsom, Mustang and Mumbai after Kathmandu. 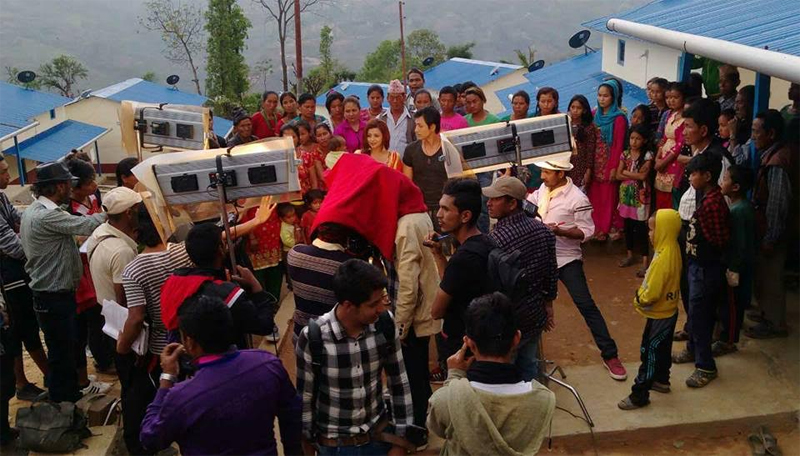