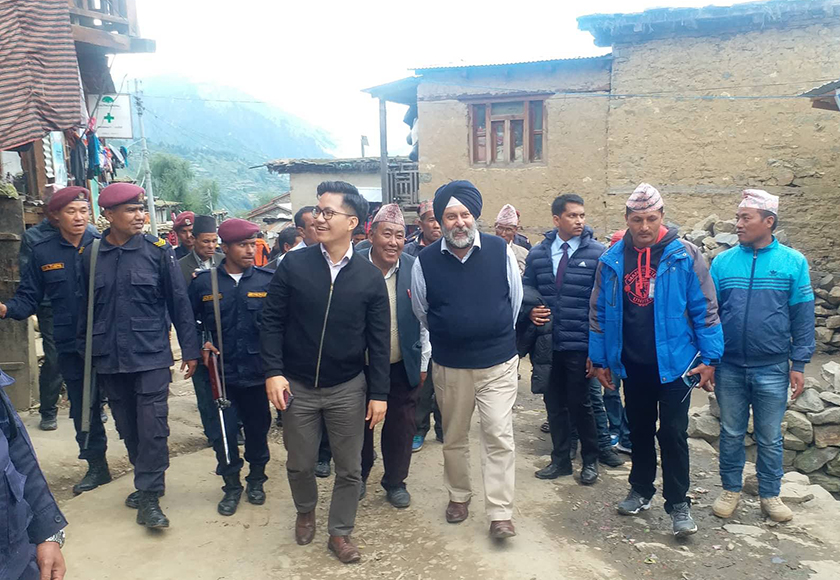 In reply, Lama said that the challenges were far lesser than what the media had been reporting. He also said that the district had the capacity to keep 1000 tourists safe when they were stalled by bad weather. On July, 1000 Indian pilgrims were stranded in Simikot due to heavy rainfall while returning from Kailash Mansarovar.

During the interaction, Puri expressed willingness to help improve the airport's primary health center, waiting room and restrooms, Karna Bahadur Rawal, chairperson of Khapurnath rural municipality said. The ambassador had also interacted with Indian nationals who had returned from the pilgrim's procession and heading to Nepalgunj. "During my interaction, they said there wasn't any challenges during their visit," Puri said.

Puri also visited hotels in Simikot and the District Hospital and confirmed there were no logistical hurdles for tourists.

Over 9,000 kids to be given Moderna jabs in Humla

SIMKIOT, Dec 15: Children of the 12-17 age group are to be vaccinated against COVID-19 in Humla district. Moderna vaccines... Read More...

KATHMANDU, August 3: As many as 2,991 international tourists entered Nepal in July through the Tribhuvan International Airport (TIA), according... Read More...