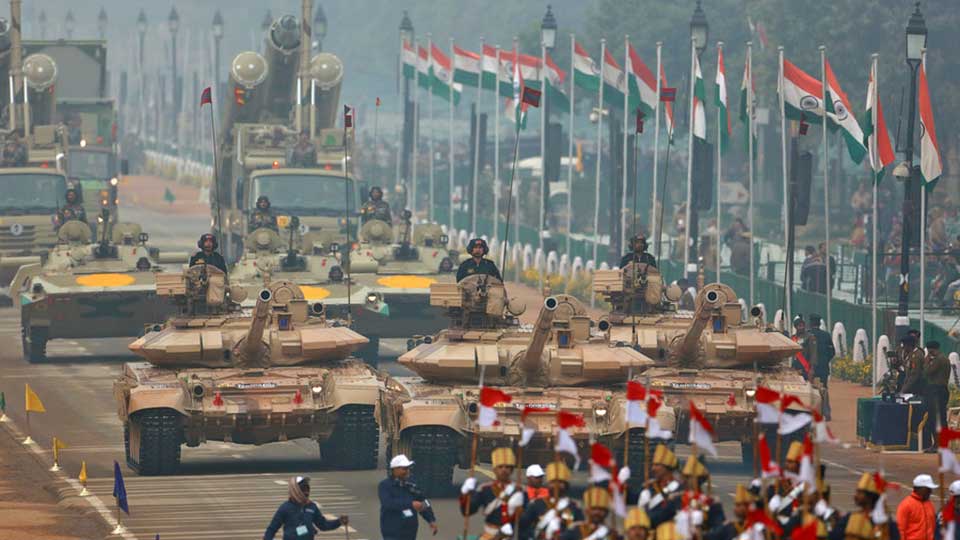 NEW DELHI, Oct 22: India will respond against aggressors who challenge its sovereignty with “double the force,” Prime Minister Narendra Modi has stated, noting that his government is not shy of taking “bold” steps to defend the country’s interests.

“The strength of our Army has always been for self-protection, and it will remain so in the future too,” the Prime Minister said during his speech at Police Commemoration Day, stressing that “the best technology is being made available to the Indian Army.”

Noting that while his government is committed to taking “big and bold” decisions, India has “never been greedy” to take someone else’s land, Modi stressed. But “whosoever poses a threat to Indian sovereignty will be answered with double the force,” the PM declared.

“It is the duty of every Indian ...to fight such forces, to defeat them, and to contribute to nation-building in their full capacity,” Modi said.

Under Modi’s government, India is looking to spend some $250 billion to modernize its military over the next decade. While outsourcing purchases of some of its new weapons, the country is also expanding the role of state and defense firms in the indigenous development of arms.

Besides importing defense equipment from Israel, France, and the United States, India has been increasingly relying on Russian tech to modernize its military. Despite US threats of sanctions against New Delhi, this month India sealed a $5.4 billion deal with Moscow to purchase state of the art S-400 Triumph air-defense systems.

India is also reportedly discussing the possibility of procuring Russian T-14 Armata tanks to replace aging T-72 vehicles. New Delhi has also expressed interest in purchasing guided-missile frigates from Moscow and reportedly seeks to develop submarines with its traditional ally. Among other cooperation projects, India’s defense firms have been proposing a joint development of a next-generation fighter jet.

New Delhi’s defiance of the US with the S-400 deal made it a potential target of Washington’s sanctions under the Countering America’s Adversaries Through Sanctions Act (CAATS). Asked about US reaction to New Delhi’s move, President Donald Trump said earlier this month it will come swiftly, but would not elaborate. “You’ll see,” he said. “Sooner than you think.”