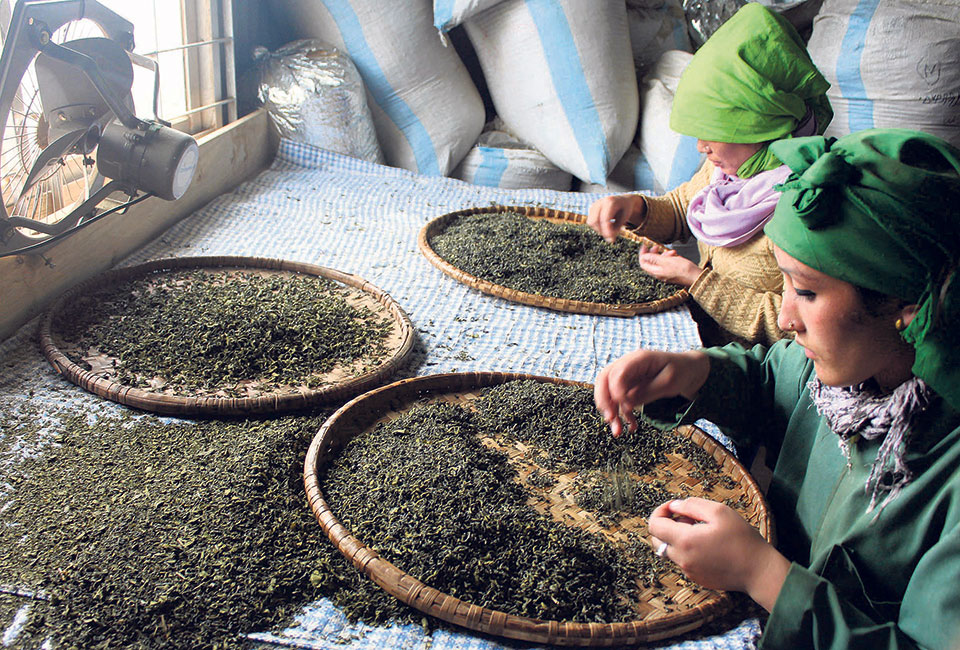 The decision has been widely taken as India’s response to Nepal’s decision to stop fruits and vegetables imports from India until pesticide residue test is performed.

Indian authorities have made bond paper issued by Indian courts mandatory for Nepal’s third country exports, and report of central food lab for tea exports to the southern neighbor.
Last year too, Indian authorities had created similar problem for export of Nepali tea.

According to traders, Indian customs officials have tightened export of both organic and conventional tea. “We don’t understand why India is raising quality issue on tea which has received organic certification from international agencies?” a trader wondered.

Trucks carrying Nepali tea have been stopped at Panitanki and Indian officials have sent samples of tea to Kolkata for lab test. Lab test generally takes seven to 12 days.

“The Indian side has also increased fee for lab test. They are asking us IRs 25,000 for the test which used to cost IRs 11,000 earlier. We also have to pay fine of Rs 1,000 per day per consignment,” Uday Chapagain, a tea industrialist, told Republica. “Quality of tea will deteriorate if the consignment is not delivered on time.”

“The Nepali tea that we are exporting is not for consumption in India. But Indian border officials are asking us bond paper from Indian court before allowing our consignments to enter India,” added Chapagain. “Do we have to face the same problem every year?”

According to Nepali traders, Indian officials are saying that they want lab test report for every consignment as tea of different quality is being exported to India. However, traders say the tea is of same quality. “Size of tea granules may differ. But quality is the same,” they claim.

India’s decision to stop export of Nepali tea has compounded woes for tea industrialists who had been asking for different facilities from the government. Among others, they have sought relaxation in customs duty for tea exported to India like they have been getting for tea exported to tea countries. They have also been asking the government for promotion of Nepali tea brand in different international markets.

Industrialist Punam Rai said that it is getting difficult to export tea from Kakarbhitta border. “It seems that we will have to look for other alternatives. If the same problem occurs time and again, our investments will go in vain,” he added. “As a long-term solution, the government should establish a laboratory in Nepal and take diplomatic initiative to make it reports acceptable to India.”

INDIA, June 25: India has lowered the limits on the export of certain essential commodities such as potatoes, onions, and eggs... Read More...