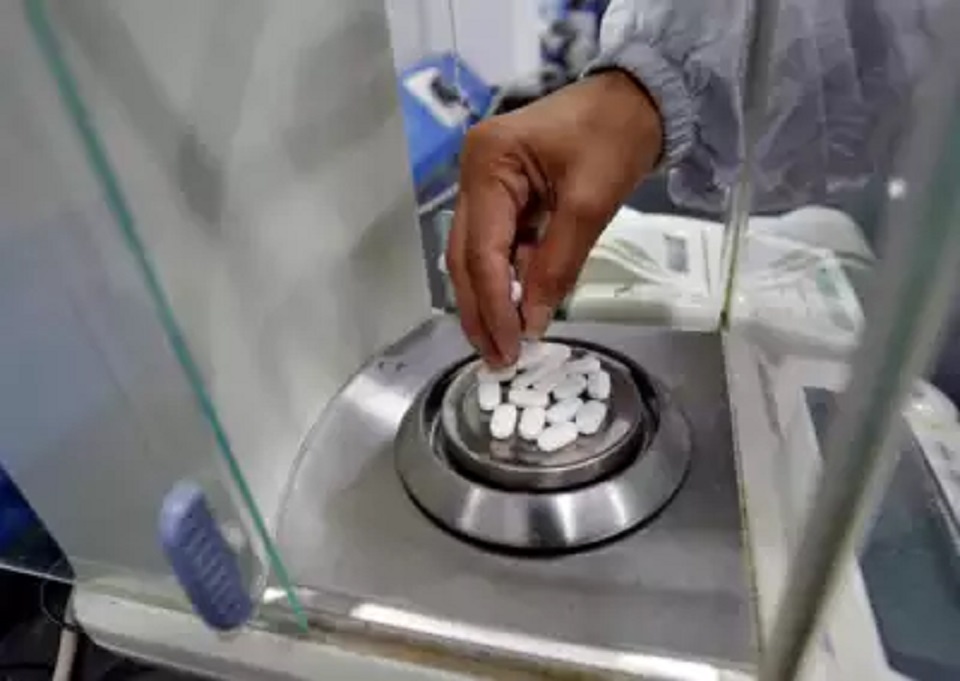 A pharmacist checks weight of Paracetamol, a common pain reliever also sold as acetaminophen, tablets inside a lab of a pharmaceutical company on the outskirts of Ahmedabad, March 4, 2020. REUTERS/Amit Dave/Files

NEW DELHI, April 7: India, the world’s main supplier of generic drugs, has lifted restrictions on the export of 24 pharmaceutical ingredients and medicines made from them, the government said in a statement.

It had imposed the restrictions last month as the coronavirus outbreak disrupted global supply chains.

Paracetamol, a common pain reliever, and its formulations were not included in the list of drugs freed up for export.

It was not clear what prompted India to lift the restrictions, but Indian government sources had said the bans had prompted intense pressure from the United States.

“The two leaders agreed to remain in touch on the issue of global supply chains for critical pharmaceuticals and medical supplies and to ensure they continue to function as smoothly as possible during the global health crisis,” White House spokesman Judd Deere, said in a tweet on Saturday following the leaders’ call.

India had restricted the exports of 26 ingredients and medicines on March 3. Paracetamol and its formulations accounted for two items on the original list.

The 26 active pharmaceutical ingredients and medicines accounted for 10% of all Indian pharmaceutical exports and include several antibiotics, such as tinidazole and erythromycin, the hormone progesterone and Vitamin B12.

India has also placed restrictions on the export of most diagnostic testing kits. And in recent weeks it had also banned the export of ventilators, masks and other protective gear needed by both patients and medical staff.

During the telephone call on Saturday, Trump urged Modi to release supplies of the anti-malaria drug hydroxychloroquine, which is being tested as a possible treatment for patients with COVID-19 - the disease caused by the coronavirus.

Trump said late on Monday in Washington that India could face retaliation for its decision to ban exports of hydroxychloroquine.

MUMBAI, Dec 19: India exceeded 10 million infections of the new coronavirus on Saturday, much later than predicted only a month... Read More...