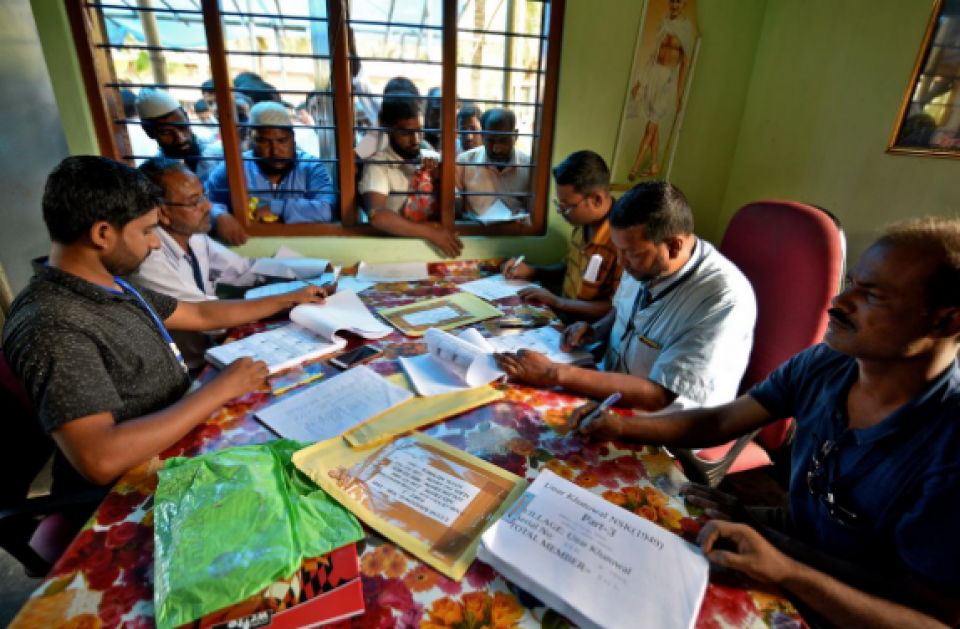 FILE PHOTO: People wait to check their names on the draft list at the National Register of Citizens (NRC) centre at a village in Nagaon district, Assam state, India, July 30, 2018. REUTERS/Stringer

GUWAHATI, INDIA, Aug 31: Nearly 2 million people have been left off a list of citizens released on Saturday in India’s northeastern state of Assam, after a mammoth years-long exercise to check illegal immigration that critics said targeted the region’s Muslim minority.

Resentment against illegal immigrants has simmered for years in Assam, one of India’s poorest states, with residents blaming outsiders, many said to come from neighboring Bangladesh, for stealing their jobs and land.

Officials checked documents submitted by roughly 33 million people for a draft released last year of a National Register of Citizens (NRC) in Assam, which left out more than 4 million residents of the state, many of them Hindu.

But the final list now includes 31.1 million people, with 1.9 million excluded, Prateek Hajela, the coordinator of the state’s register, said in a statement.

“Any person who is not satisfied with the outcome of the claims and objections can file an appeal before the foreigners’ tribunals,” Hajela said, adding that everyone had been given an adequate opportunity to be heard.

Those excluded have 120 days to prove their citizenship at hundreds of regional quasi-judicial bodies known as foreigner’s tribunals. If ruled to be illegal immigrants there, they can appeal to higher courts.

Officials in Assam say they do not know what will eventually be done with those finally adjudged foreigners. Bangladesh has not committed to accepting them.

More than 1,000 people are being held in Assam’s six detention centers for illegal immigrants and the state government has said it seeks to set up more centers.

Human rights activists have criticized conditions at the centers, and lawyers and activists have outlined problems with the functioning of the foreigners’ tribunals.

The Muslim community in Assam is slowly warming up to family planning methods Muslims constitute nearly 35 per cent of... Read More...

I have told Deuba that I will become the first PM of the new government: Dahal
9 hours ago

No Alternative to Deuba as NC PP leader : Purna Bahadur Khadka
22 hours ago
Janamat Party and LSP ready to form alliance for coalition government
6 hours ago

Man beaten to death in Dhanusha
1 hour ago