India is to be blamed for artificial enlargement of territory: Former foreign minister Thapa 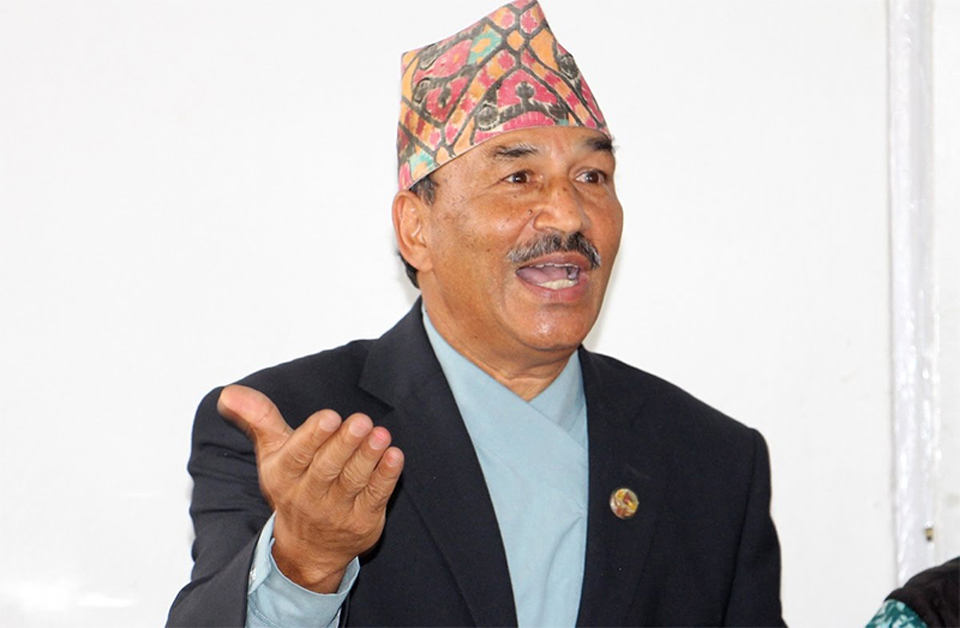 KATHMANDU, May 21: Former foreign minister Kamal Thapa has said that India is to be blamed for the tension that has surfaced between Nepal and India after New Delhi unilaterally built and inaugurated a road through the Lipu Lekh Pass, which is a Nepali territory.

Thapa, who is also the chairman of Rastriya Prajatantra Party, made the remarks on social media in response to Indian External Affairs Ministry's statement on Wednesday that called Nepal's decision to issue the new political map including Kalapani, Lipu Lekh and Limpiyadhura on its side of the border an "artificial enlargement of territory."

Thapa said the areas east of the Kali River belong to Nepal according to the Sugauli Treaty of 1816. "Limpiyadhura, Kalapani and Lipu Lekh lie east of Kali. After 1962, India built army barracks and roads in these areas of Nepal. So who is to be blamed for ‘artificial enlargement of territory?" Thapa questioned.

While dismissing suggestions from Indian media and a section of politicians that Nepal raised the issue at someone else's behest, Thapa also said that this is not the first time that Nepal has taken up the issue of Kalapani, Lipu Lekh and Limpiyadhura with India. "We’re not raising this issue out of blue or at ‘someone's instigation’ now. Nepal has been raising this issue of encroachment at all levels for the past six decades," he further said.

Thapa further said that Nepal and India agreed to resolve the border issues through bilateral negotiation, but that could never happen. “But, despite the bilateral understanding, India recently issued a new map covering Nepal’s territory and inaugurated the road built in this area linking China. So we’re compelled to take initiatives to protect our national integrity. Please stop blaming Nepal. We’re ready to sit for dialogue and resolve this issue based on facts and evidence," Thapa added.

Border, boundary, or territorial disputes arise from the claim and counterclaim over land, freshwater, minerals, etc by the bordering countries.... Read More...

Ahead of his party's merger with RPP (United), chairperson Thapa says new party will emerge as alternative force in the country

KATHMANDU, April 20: The Rashtriya Prajatantra Party (RPP) has urged the government to address demands raised by the RPP through dialogue. Read More...

Nepal sees 12.6 percent rise in remittance inflows in the first quarter
2 hours ago