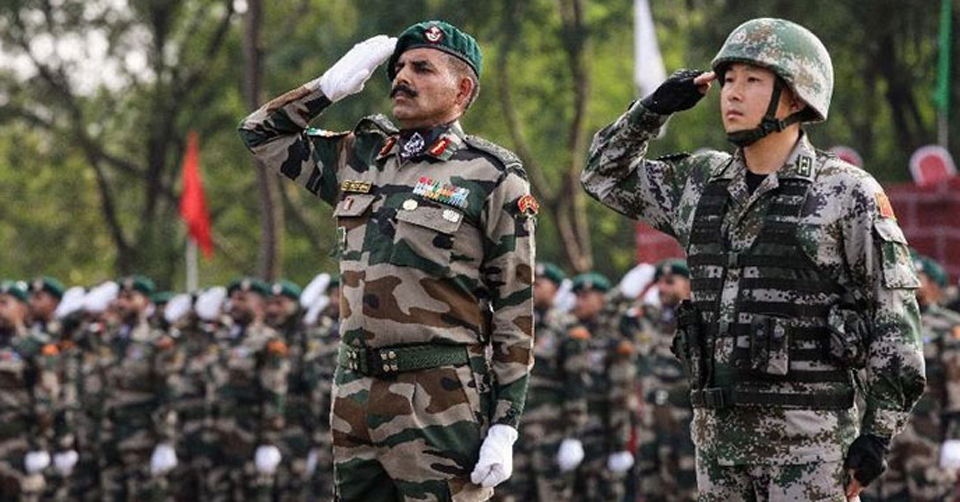 KATHMANDU, Dec 10: After a hiatus of one year, India and China are resuming their joint military drills on Tuesday, media reports said.

At a press conference last month, Chinese Defence Ministry spokesman Col Ren Guoqiang told reporters that each side would send 100 troops to take part in the 7th India and China joint military exercises - 'Hand in Hand' - which will focus on counter-terrorism operations. The joint military drill is taking place one year after the two Asian giants ended their 73-day Doklam standoff in the Sikkim sector of the border.

The strained relations between the two sides later improved resulting in an informal summit between Indian Prime Minister Narendra Modi and Chinese President Xi Jinping in the Chinese city of Wuhan in April, 2018. "The drill will promote understanding between the two militaries and improving their capabilities in fighting terrorism," Col Ren said.

The exercises will include live shooting and adoptive and basic training, he said, adding that true to its name 'Hand in Hand', China and Indian militaries should also work hand in hand for the benefit of people in both the nation.

Top leaders from both the countries met on November 24 at the 21st India-China border talks held at Dujiangyan near Chengdu in southwestern Sichuan province. Indian National Security Advisor Ajit Doval and China's State Councillor and Foreign Minister Wang Yi, who are the designated Special Representatives, took part in the talks.

'Smart lockdown' to be enforced, int’l flights to resume
43 minutes ago

'Smart lockdown' to be enforced, int’l flights to resume
43 minutes ago