India appoints Naveen Srivastava as its new ambassador to Nepal

KATHMANDU, May 17: India has appointed Naveen Srivastava as its new ambassador to Nepal.

According to Indian Ministry of External Affairs (MEA), Additional Secretary Srivastava has been appointed as next ambassador of India to Nepal. “He is expected to take up the assignment shortly,” the MEA said in a press statement on Tuesday.

Indian government had proposed Srivastav as its new envoy to Kathmandu earlier this month. The appointment comes after Nepal accepted his agreemo (i.e. the document formally seeking Nepal’s concurrence for the posting of Srivastava).

Srivastava is succeeding Vinaya Mohan Kwarta, who has already assumed office as the foreign secretary of the Indian government beginning May 1.

According to Indian media reports, Srivastava has been playing a key role in the diplomatic and military talks with China to tackle the military standoff along the Line of Actual Control that began some two years ago. The selection of a person seen widely as India’s China hand as the new ambassador to Nepal is seen as meaningful as India has taken the growing footprint of China in Nepal as a major strategic challenge.

Srivastava currently heads the division at the Ministry of External Affairs that deals with China, Japan, North Korea, South Korea and Mongolia. Besides leading the Indian side in the meetings of the Working Mechanism for Consultation and Coordination (WMCC) on border affairs, Srivastava has participated in the meetings of the Indian and Chinese military commanders to address the standoff at the LAC. 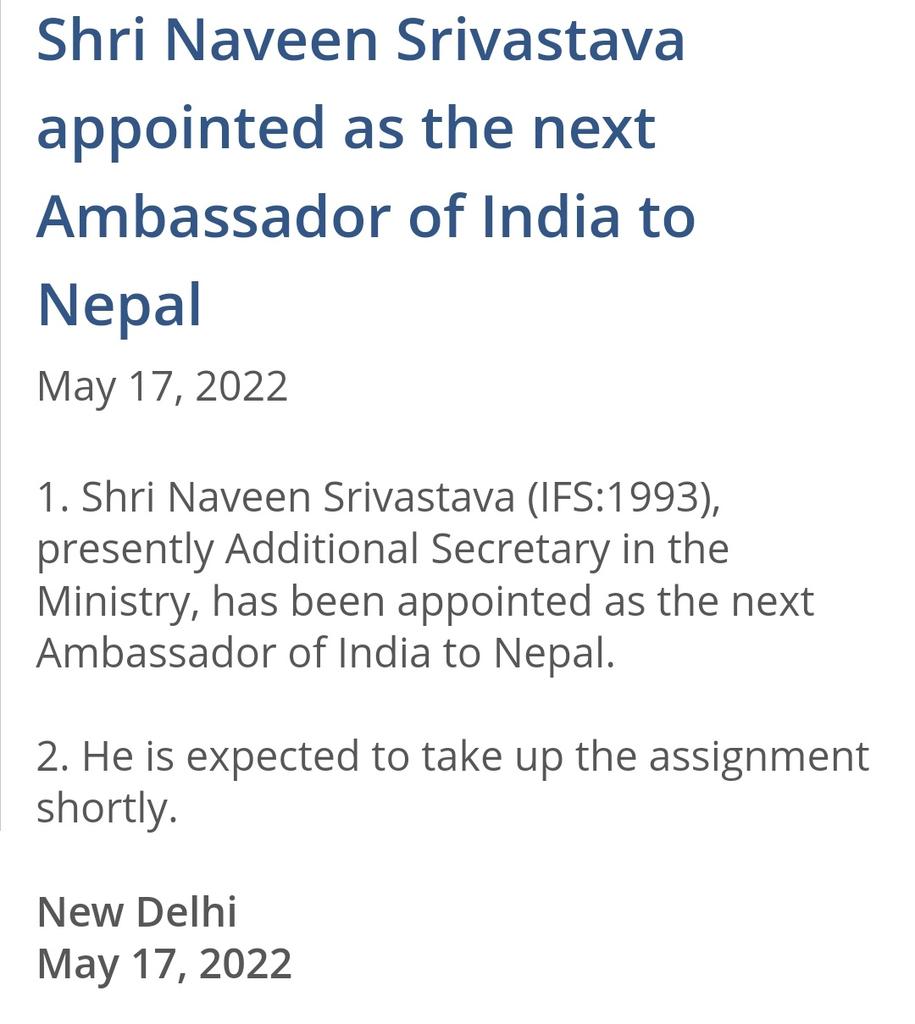