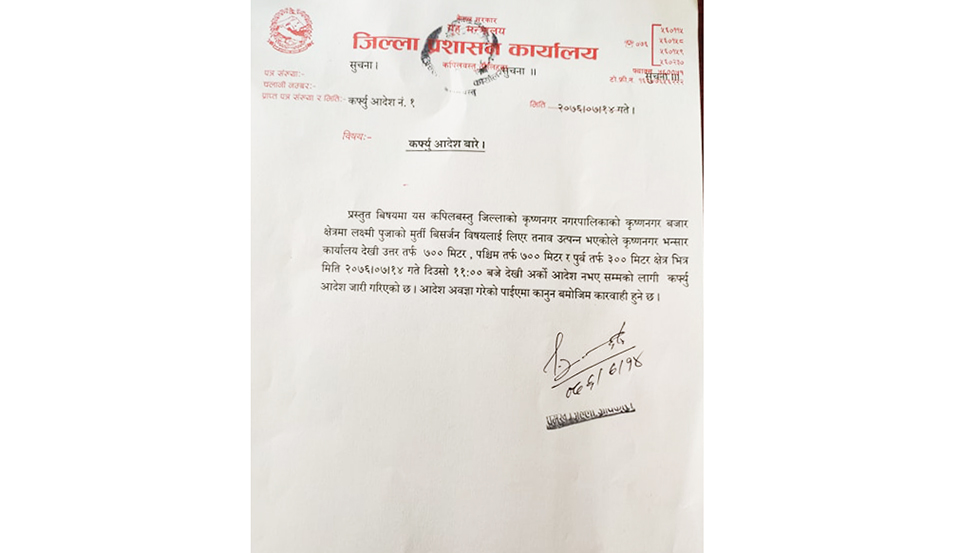 KAPILVASTU, Oct 31: A person has died after police opened fire to control the situation as locals staged protest breaching the curfew order in Krishnanagar.

The deceased has been identified as Suraj Pandey according to the chairperson of Shivaraj-7 Anup Kumar Pandey. 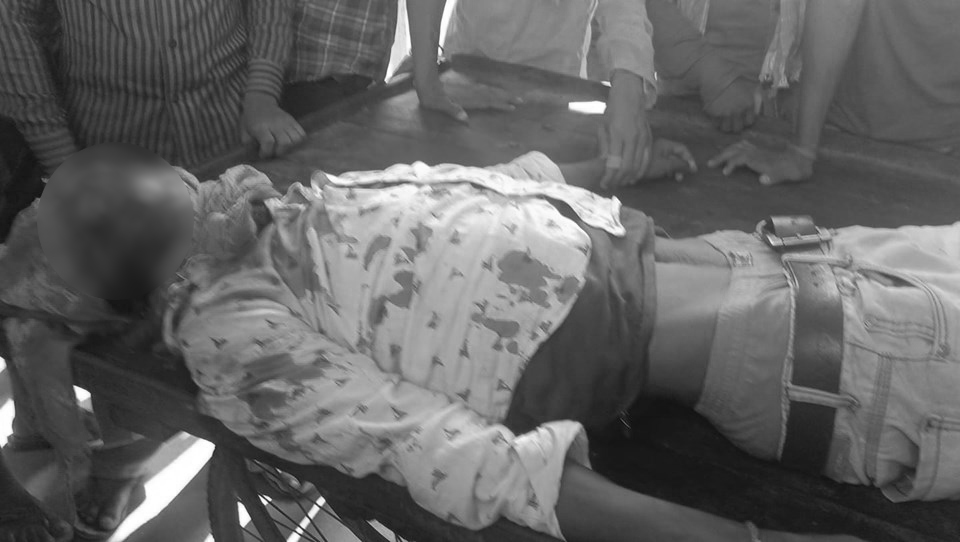 Ward chair Pandey who was also the eye-witness of the incident said that Suraj was shot dead at 11:15 am on Thursday. He received bullets at his eys.

Pandey’s mortal remains has been kept at Bahadurgunj Hospital.

Earlier, the local administration has imposed indefinite curfew in Krishnanagar since this morning.

The local administration decided to control the situation after the dispute erupted between two groups in Jhandenagar of Krishnanagar during idol immersion ceremony after the conclusion of Deepawali on Wednesday.

According to eye-witnesses, an unidentified group pelted stone at on mob on Wednesday evening. After that, two groups started attacking each other by hurling the stones.

In the curfew order issued by Chief District Officer Gajendra Bahadur Shrestha, the local administration has restricted people's movement and their assembly in the areas between 700 meters to the north, 700 meters to the west and 300 metres south from Krishnanagar Customs Office.

Actions will be taken according to the law if anyone breaches the order, CDO Shrestha informed.

It is reported that police fired some rounds of tear gas on Wednesday evening to control the situation. During the clash between the locals and police, 2 policemen and one dozen locals got injured.

KAPILVASTU, Oct 22: The district administration in Kapilvastu has lifted the curfew it had imposed in Krishnanagar until 5 PM... Read More...

KAPILVASTU, Oct 22: The district administration in Kapilbastu has imposed a curfew since Sunday in Krishnanagar following a dispute and clash... Read More...