Increased call at UN for humanitarian truce in Libya 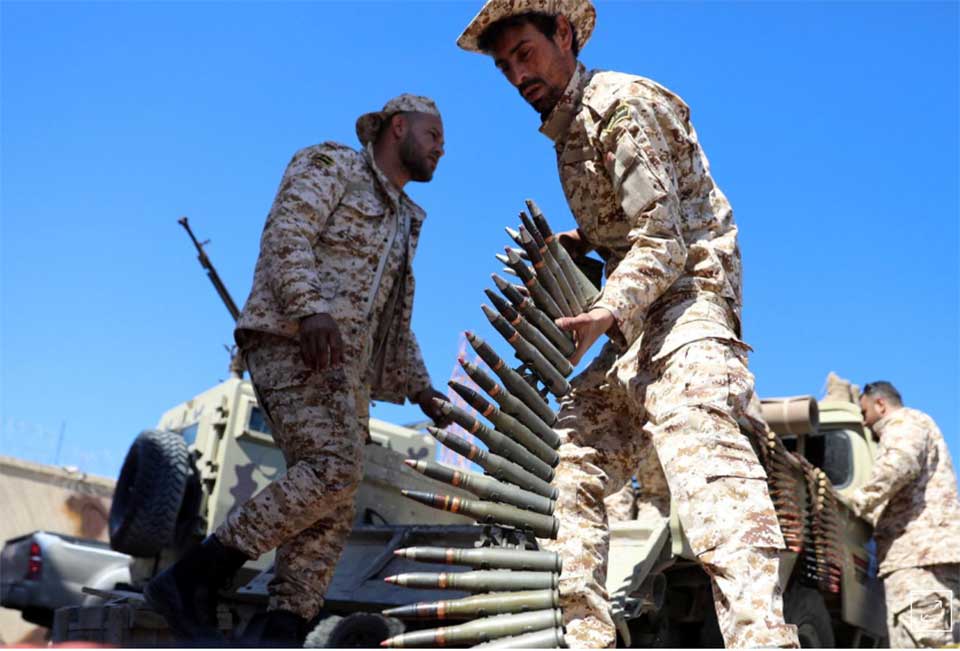 UNITED NATIONS, April 17: Pressure is building up at the United Nations to reach a humanitarian ceasefire in Libya in the face of "indiscriminate shelling" causing "a significant number of casualties" on the outskirts of Tripoli, according to a UN spokesperson.

Britain introduced a draft resolution to the UN Security Council demanding a ceasefire. The draft also called for countries that have influence over fighting factions to pressure them to honor a truce.

Last week UN Secretary-General Antonio Guterres called for an end to the fighting. He was in Libya when the conflict flared earlier this month.

Stephane Dujarric, spokesperson for Guterres, said Tuesday that the secretary-general's special representative in Libya, Ghassan Salame, reiterated his call for a humanitarian truce.

Such a ceasefire would allow for emergency services to access civilians trapped in conflict-impacted areas.

Dujarric said at a press briefing that Salame met on Monday with Libyan representatives who sent an appeal for an end to the hostilities and a return to dialogue signed by more than 100 Libyan academics, civil society activists, journalists, politicians and representatives of women's organizations.

"The UN Support Mission in Libya (UNSMIL) condemns the increased use of heavy weapons and indiscriminate shelling that has damaged civilian houses, schools and infrastructure," the spokesman said.

Many families fleeing conflict areas are heading toward central Tripoli and its immediate surroundings, but more than 14,000 of those displaced have sought safety outside of the capital, including in Tajoura, Al Maya, Ain Zara and Tarhouna, he said.

Libyan first responder teams reported that civilian evacuations are increasing, with a significant number of casualties among those evacuated.

So far authorities confirmed 14 people have been killed. Dujarric said, "These figures represent cases that could be individually verified and must therefore be considered a minimum."

The number of people displaced due to hostilities in and around Tripoli is now approaching 20,000, according to the UN's migration agency. More than 2,500 people were displaced in the last 24 hours alone.

The latest fighting broke out when forces led by self-proclaimed Libya National Army (LNA), led by Khalifa Haftar, advanced on the Libyan capital earlier this month.

ROME, Sept 8: The United Nations is preparing to deploy up to 250 Nepalese guards to Libya to protect its base... Read More...