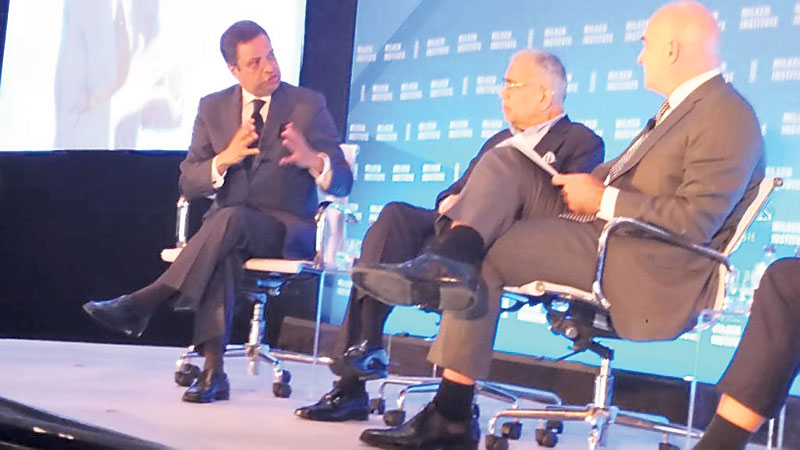 "We need to recognize the importance of our societies' sustainability," Chaudhary said, addressing the Milken Institute Asia Summit in Singapore on Friday. "We, the private sector, should seriously reflect upon our contribution to the society that is so important to us."

Rather than thinking of profit as the prime objective, the private sector should focus on doing sustainable and socially responsible business, Chaudhary told top business leaders attending the summit.

Chaudhary's remarks came on the backdrop of Chaudhary Foundation's ongoing CG Shelter and CG School projects in the earthquake-affected districts of Nepal. He was recognized with the 'Asian Man of the Year' award by We Care for Humanity, a US-based humanitarian organization, at the UN Building, New York, in August in recognition of his contribution to rehabilitate the earthquake survivors.

Chaudhary also called upon the world business leaders to support Nepal's post-quake rebuilding efforts. "Nepal is making effort for rebuilding," he said, adding that the business sector can definitely contribute toward this end.

Stating that the earthquake came as an unfortunate disaster for the people of Nepal, Chaudhary said that the country could nevertheless take the rebuilding effort as an opportunity for economic growth. "We are doing our best for rebuilding, but have been unable, so far, to take it forward as a catapult for economic development. We have this opportunity in hand, and we need to take it," he added.

Chairman and CEO of Singapore-based KS Energy Kris Wiluan, Founder and Chairman Emeritus of India-based Sobha Group PNC Menon, and Founder of Room to Read John Wood were the co-panelists with Chaudhary. CEO of JP Morgan Private Bank, Andrew L Cohen, moderated the event. Top leadership of private and non-government sector from across the world attended the prestigious annual summit.

The Milken Institute is a non-profit, non-partisan think tank working to increase global prosperity by advancing collaborative solutions that widen access to capital, create jobs and improve health. It conducts data-driven research, action-oriented meetings and policy dialogues toward that end.

KATHMANDU, May 4: CPN (Maoist Center) chair Pushpa Kamal Dahal 'Prachanda' has insisted that no further delay should be made... Read More...

KATHMANDU, July 30: Saying that a favorable investment climate has been developed after the promulgation of constitution, Vice President Nanda... Read More...