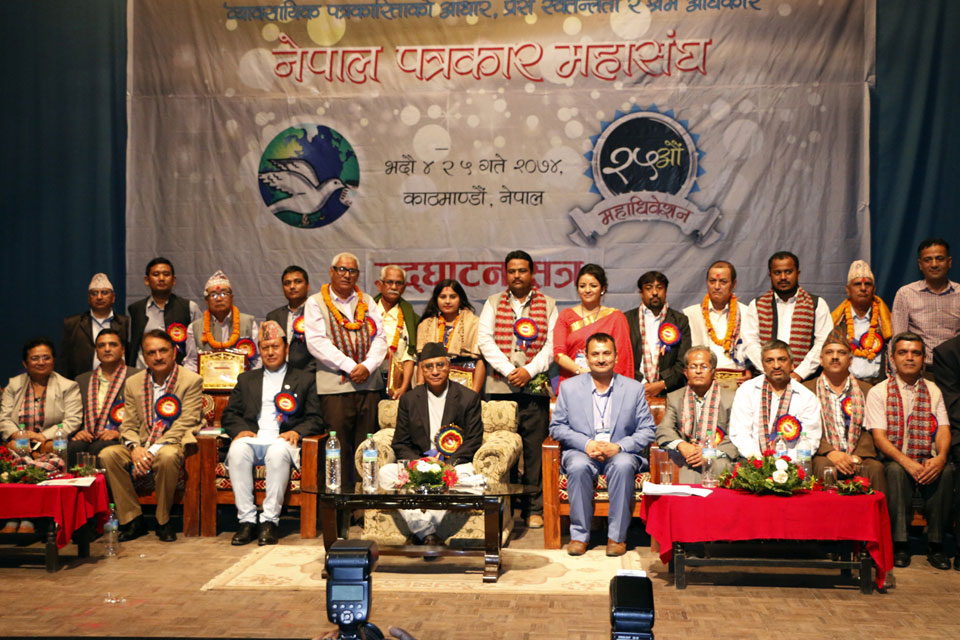 KATHMANDU, Aug 20: Prime Minister Sher Bahadur Deuba has said that the media sector has played a significant role for the consolidation of democratic republic in the country.

Inaugurating the 25th general convention of the Federation of Nepali Journalists here today, he said the journalism sector has had a very important contribution to the changes that have taken place in various points of time in the country, and called for more contribution from the sector in the nation building process henceforth.

On the occasion, the Prime Minister said, “There are many media in Nepal, they are financially weak and I understand well the difficulties in journalism”. Stating that the constitution has guaranteed the right to expression and full press freedom, he said that all the elections should be held as per schedule for implementing the new constitution.

Also speaking at the programme, Minister for Information and Communications Mohan Bahadur Basnet expressed the commitment to enforce media policy and the minimum wage of working journalists. He however stressed on the need to make the journalism sector respected as well as independent.

PM calls for constructive role of media for local election

KATHMANDU, July 30: Saying that a favorable investment climate has been developed after the promulgation of constitution, Vice President Nanda... Read More...