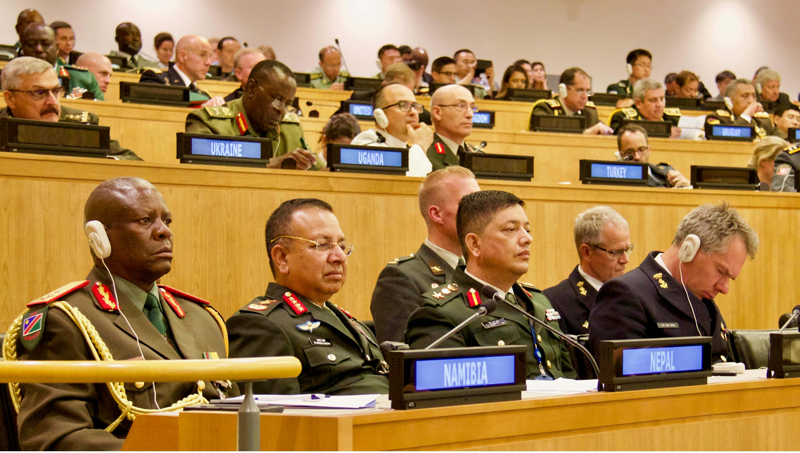 KATHMANDU, July 9: Chief of Army Staffs (CoAS) Rajendra Chhetri visited the head office of UNO in New York last Friday to take part in Chief of Defense Conference. He insisted on giving opportunities to Nepal to take extensive roles in future assignments on account of contribution, bravery and duty in past for UNO.

Spokesperson of the Nepal Army, General Jhankar Bahadur Kathayat, informed that Nepal Army’s historic presence in peacekeeping operations and duties Nepal executed in risk-laden locations heaped praises in the conference. He also informed about the agendas on increasing number and facilities for Nepal Army will be discussed in elite groove after the conference.

”We want higher ranks as a representative for UN, we discussed on our contribution, duty and our significant responsibilities.” said General Kahtayat.

Nepal has served as Military Advisor for UNO’s seventh Secretary-General Kofi Annan in past. Nepali force also has been Force Commander for various missions.

Experts' conclusion: Air accidents increased due to lack of full compliance with ICAO standards
16 minutes ago