In Russia, gender equality still a long way off

MOSCOW, March 8: When a Russian army recruitment office ordered a photoshoot to celebrate International Women’s Day, it didn’t feature any of the 45,000 women currently serving in the country’s armed forces.

Instead, the photos showed ballerinas in floaty white dresses posing with active servicemen in combats and machine guns. “The men’s power lies in women’s tenderness and love!” read a congratulatory note from the army office, based in Russia’s fourth-largest city of Yekaterinburg.

While International Women’s Day is marked Friday across many countries with calls for gender equality, in Russia it is still a holiday largely focused on celebrating traditional gender roles.

Women in Russia may hold prominent positions in the government — including the influential chief of the Central Bank and speaker of the upper chamber of parliament — but traditional gender roles still hold sway, and efforts to address problems like the gender pay gap, domestic violence and sexual harassment have hardly scratched the surface.

A younger generation of Russian women, however, is hopeful changes are afoot.

“In this day and age, you have attained the heights of practically all professions ... and at the same time you remain beautiful, charismatic, charming, the center of gravity for the whole family, uniting it with your love, with your capacity to inspire and support, to give warmth and comfort,” he said.

The #MeToo movement appeared to have taken hold in Russia last year when three Russian journalists accused prominent lawmaker Leonid Slutsky of sexual harassment. Some media companies called for a boycott of the Russian parliament, and the chamber’s ethics committee held a hearing — developments that led some to believe that Russia was ready for a serious discussion on sexual abuse and harassment. 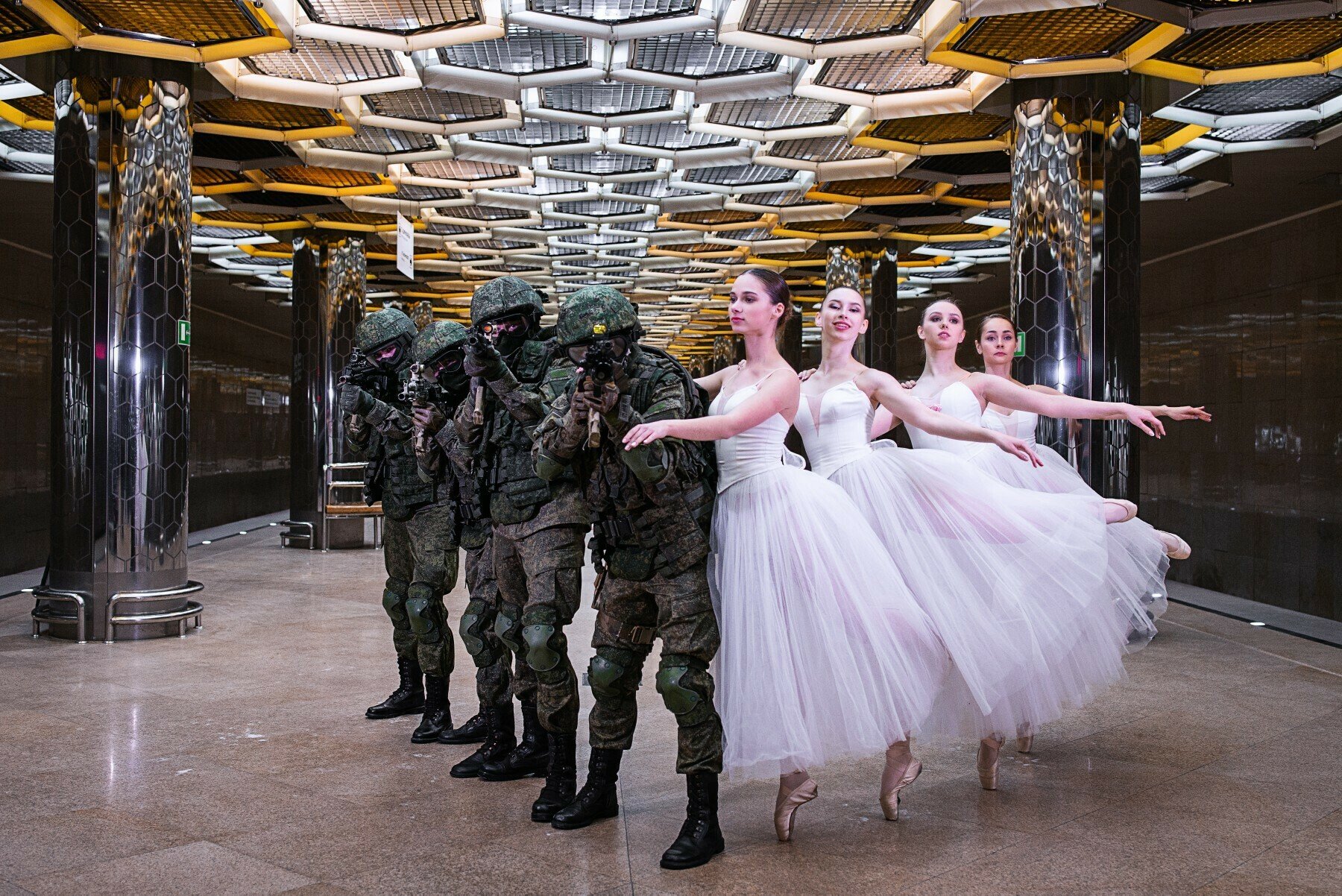 But the complaints were later dismissed as a conspiracy to smear Slutsky’s image, and the politician never admitted any wrongdoing.

Entrepreneur and lawyer Alyona Popova, one of the few voices to publicly side with the women, said she was shocked to see that not a single female Russian politician had come out to support the journalists.

“Lots of women in power know all too well what harassment is. They could have spoken out, but they didn’t,” Popova said.

Popova is preparing a draft bill to criminalize domestic violence, and is also lobbying for restraining orders to be introduced in Russia.

The Russian parliament in 2017 voted to decriminalize domestic violence that does not cause serious bodily harm — a move seen as a step back for a country where such violence is widespread. Some 12,000 women are killed as result of domestic violence in Russia every year, according to Human Rights Watch.

The gender pay gap is also an issue.

Olga Golodets, one of Russia’s two female deputy prime ministers, said at a recent conference that women’s average pay in Russia is equivalent to 70 percent compared to men’s wages.

“With all the opportunities that women have, they do not achieve the same level of education, career growth and remuneration of their work, as men do,” the minister said.

Some Russian women have decided to tackle the pay gap and harassment in their own way.

“I got tired of sexism and mansplaining at work, especially when I found out that my male colleague, who worked just as much as I do, had a salary up to 15,000 rubles ($230) higher than mine,” says 27-year-old barista Svetlana Natarkhova, one of the co-founders of Simona, named after the French writer and feminist Simone de Beauvoir.

For a fee of just 150 rubles ($2.2) per day any female customer is welcome to stay and work at Simona, a bright, open space on the ground floor of a pre-revolutionary building.

Leda Garina, the other co-founder of Simona, said she is optimistic about the future of feminism even though “feminist” is often treated as a swear word in Russia.

She noted how a tiny group of feminists marching in the May 1, 2013 rally in St. Petersburg has expanded to several dozen at the same event five years later.

It’s high time for Russians to reclaim March 8, Garina says, and celebrate it as “the day of women’s solidarity and fight for women’s rights.”

Prosperity is only possible where a woman is respected and valued

Even a country whose half of the population comprised of women is not able to show their full potential in... Read More...