KATHMANDU, Nov 2: Leaders of both the ruling party and the opposition party have stressed on the need to reach a ‘national unity’ to resolve existing differences and lead the country towards economic development. They said so in a tea reception party organized by Nepali Congress on the occasion of Vijaya Dashami, Deepawali, Nepal Sambat and Chhath festivals at the party central office, Sanepa, Lalitpur.

Pushpa Kamal Dahal, chairperson of Nepal Communist Party said that all the political parties needed to come together to ensure prosperity and development in the country. He argued that only common consensus and unity would help to resolve existing differences.

NC’s chairperson, Sher Bahadur Deuba also stressed on the need of national unity, and said that the ruling party would have to play an important role to ensure the same.

Nepali Congress hosts the tea reception on Kojagrat Poornima, the concluding day of the Dashain festival, each year. The annual event was postponed this year and rescheduled for today due to demise of its leader and former minister Chakra Prasad Banstola, said NC central committee member Pradeep Poudel.

The opposition party had invited around 100,000 people in all the party's offices in 77 districts.  The NC has been hosting a tea reception since 2035 BS after its prominent leader BP Koirala returned home following his eight years in self-exile in India in 2033 BS with the national reconciliation policy.

Earlier, the ruling party, NCP had organized a tea reception party where it had invited over 50,000 guests at Bhrikutimandap. 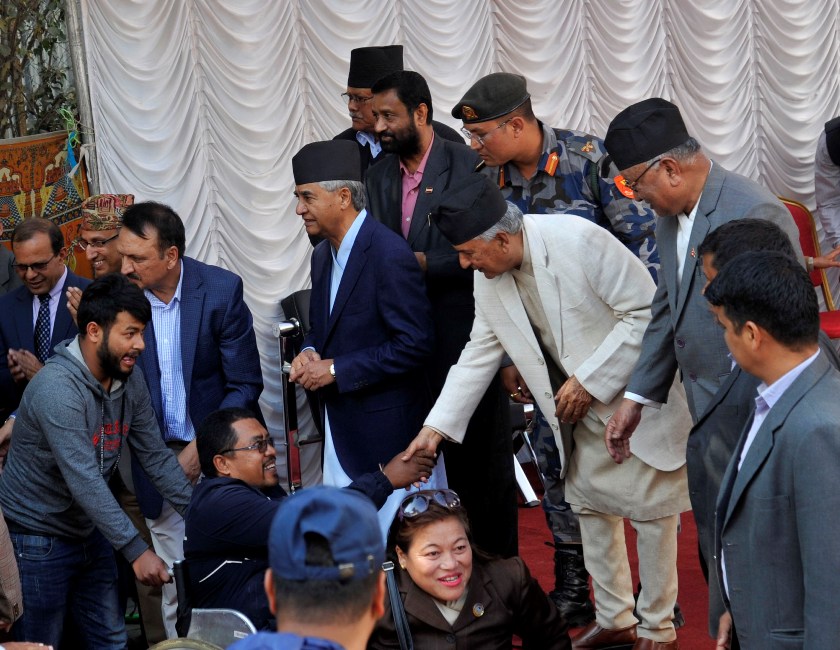 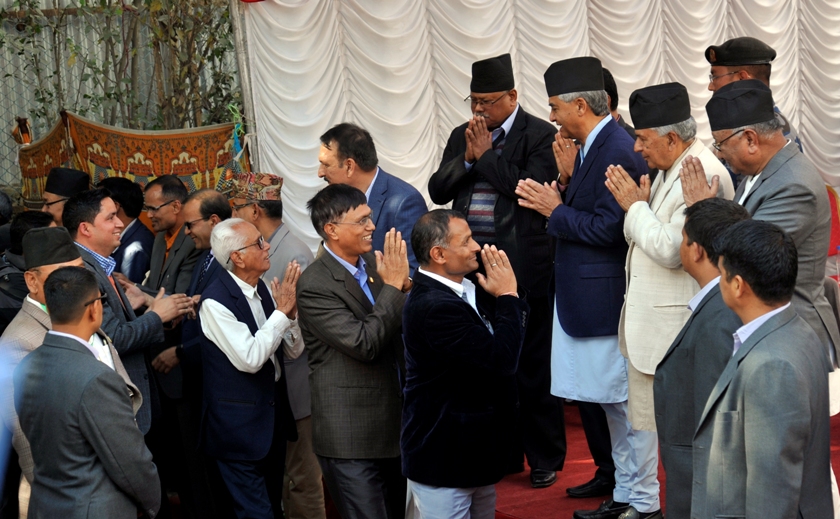 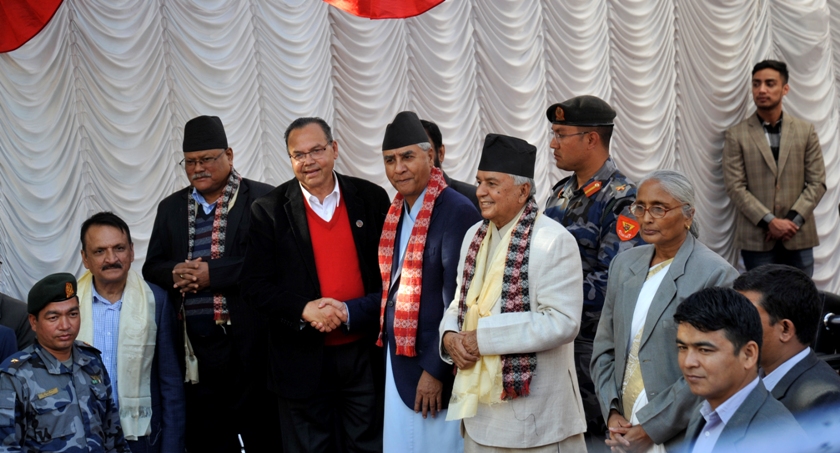 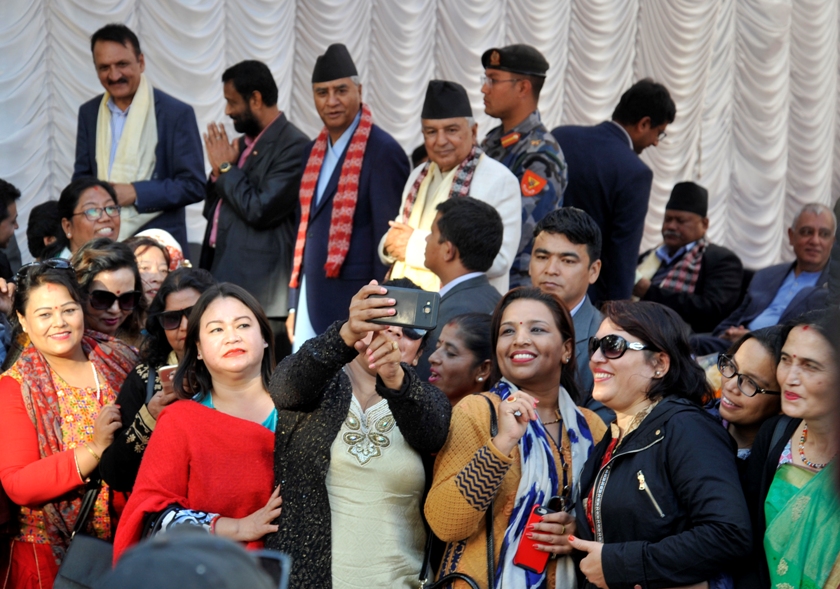 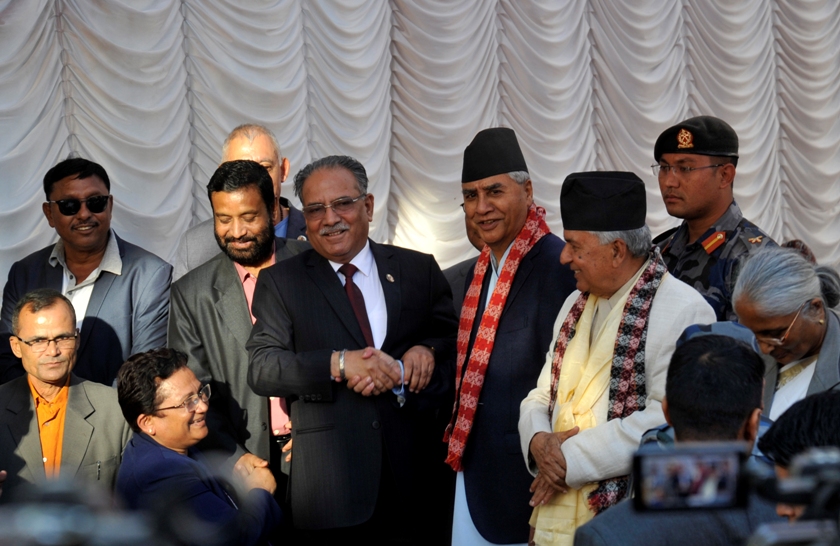 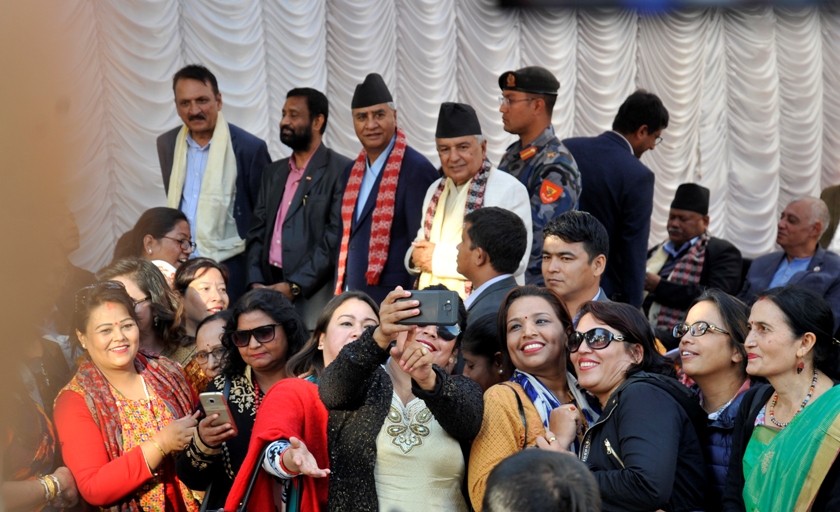 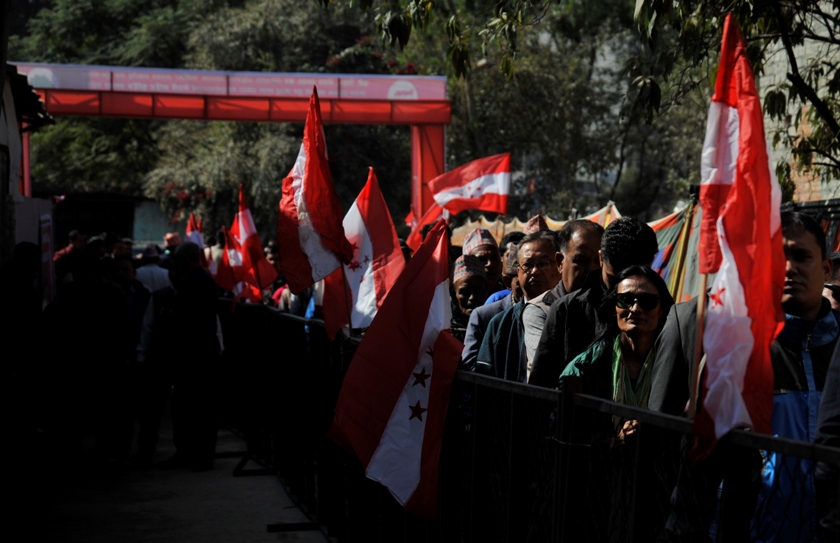 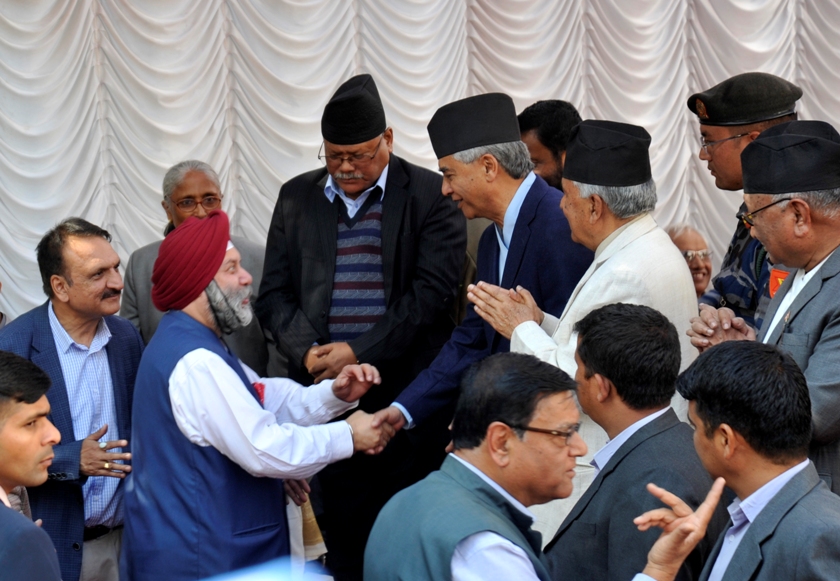