Keeping bovines off the road (With photos and video)

KMC rescued stray animals after citizens complained of creating the nuisance on main roads and by lanes.

KMC staff rescued stray cattle, including bulls, calf, and cows from different places of Kathmandu. The City Police collects stray animals and keeps them at its facility in Teku for auction, KMC reported.

stray cattle are a nuisance for pedestrians and vehicular movements. They pose accident risks.

According to the KMC’s record, in the last fiscal year, staff caught 280 stray animals from the road. The Metropolis auctioned these stray animals for Rs 104,600.

Here are some photos captured by Pratik Rimal. 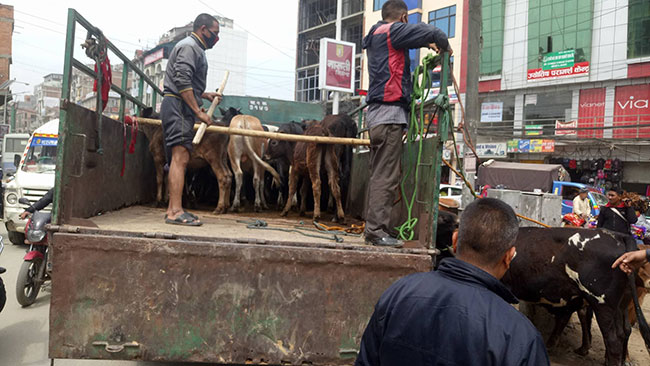 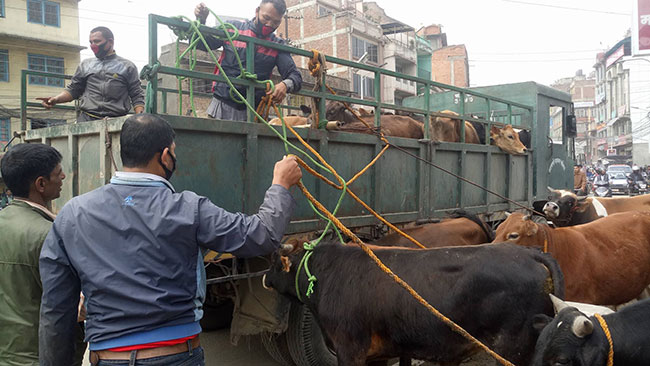 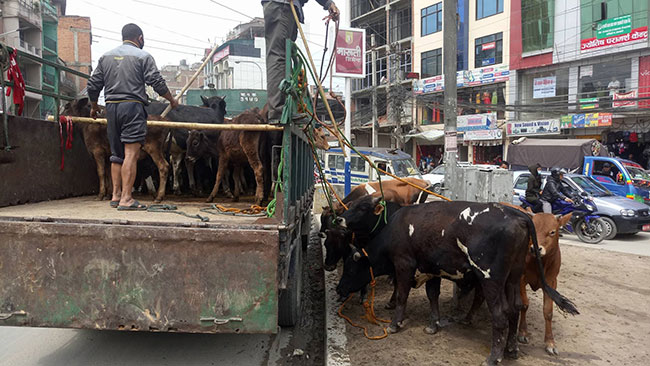 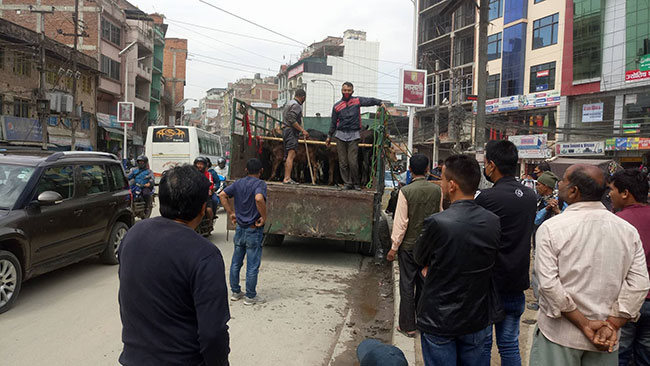 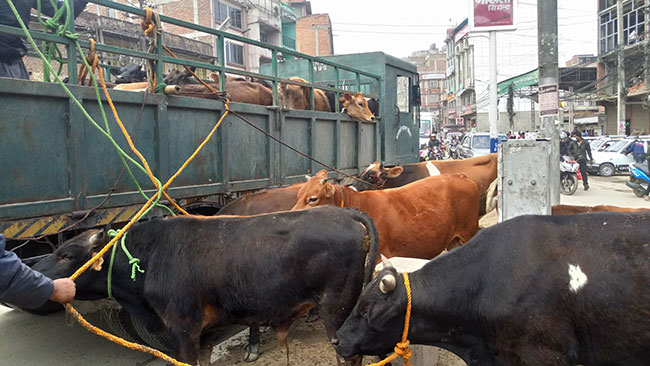 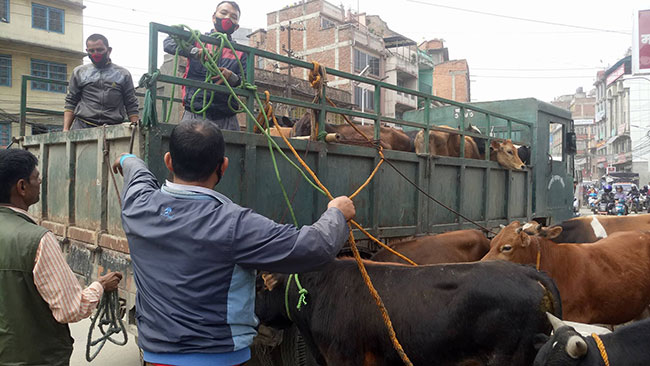 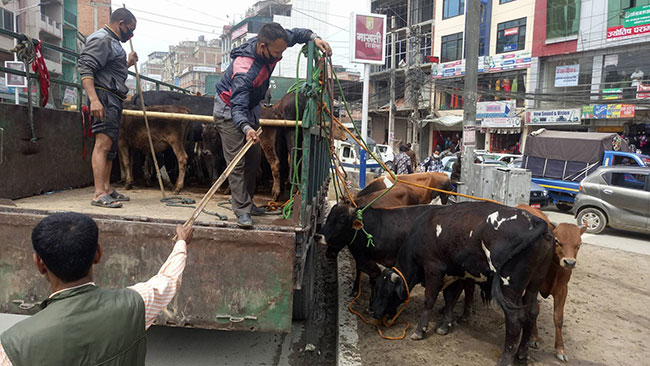 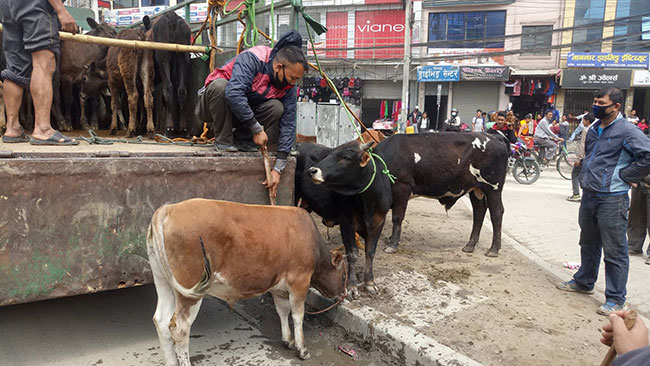 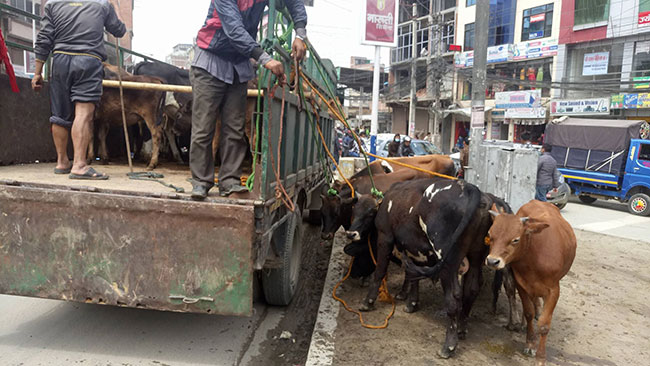 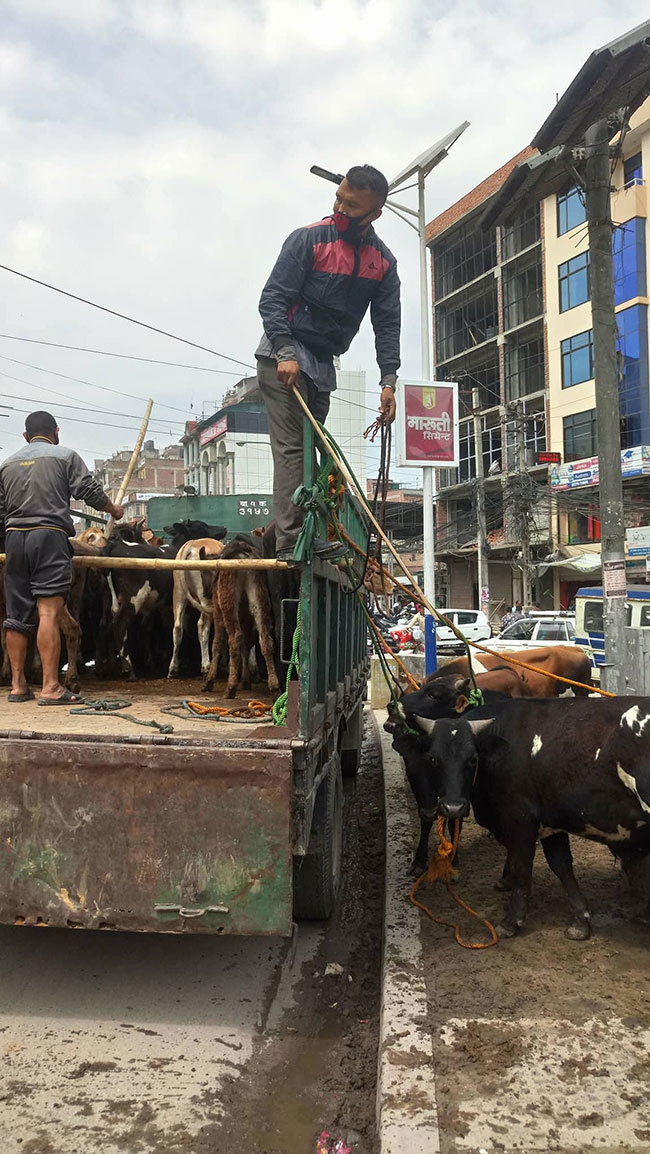 KATHMANDU, March 25: Properties worth Rs 1.8 million have been damaged in a blaze in a book store and a... Read More...

Justin Bieber booed by fans, storms off stage (with video)

MANCHESTER, Oct 24: Grammy award winner Justin Bieber stormed off the stage during a performance here after being booed by... Read More...

Commentary: This is not fair, Prime Minister Oli!
4 hours ago

Commentary: This is not fair, Prime Minister Oli!
4 hours ago

Daraz offers 15% off on card-prepayments
9 hours ago