Mundum is an orally passed down heritage of the indigenous Kirat people which guides their rites, culture, and life in lieu of written religious texts. Khotang, Bhojpur, Solukhumbu and Okhaldhunga in Eastern Nepal are the primary domains of the mundum following Kirat people. In the recent times, a one of its kind trekking trail that runs along the border ridgeline of three of these districts is taking shape. Mundum trail is an ambitious and promising trekking trail with many side trails – joining spectacular landscape and the tales of mundum.

Amid uncertain weather during the first week of April, we undertook this trail from one of the side trails. We reached the small Sherpa village of Sibdu in Khotang, whose local claim to fame is the picturesque Bahane Lake, after a day’s drive from Kathmandu. We noticed that old “maanes” around here were being cemented by the locals. As in most of Nepal, here too, restoration of old relics meant addition of concrete. We pondered about how Nepal could not seem to find a right way to preserve its old architectures.

The next day we made the steepest climb of the entire trip. We had to cross over 1500m to reach Ghyangkharka – the highest point around Northern Khotang at 3600 m. The rhododendron forest that we hiked through on this day was most pristine forest that I’ve ever come across. My travel buddy Ben said, “Walking through this forest feels like I’m the first one to do so.”

Ghyangkharka, like all other camping sites during the entire trip, didn’t have a tea house or human settlement. We carried all the essentials from down below. A lake the color of black tea some 20 minutes downhill from our campsite was the only source of water. The presence of two iconic old ghyangs (maane) right at the top lends the peak its name. We camped for the night in two yak sheds while icy gale raged outside. From time to time, snow and rain found its way inside to slap us in our faces.

The next morning was clear and subdued. We enjoyed a picture perfect view of the Himalayas as well the valleys down below. This was a precursor to what the rest of our days were going to be like – clear and stupefying views in the morning followed by cloudy afternoons. We joined the main Mundum trail at a place called Kulu Pankha the next day. Salpa Lake – a prominent place in Mundum of all tribes of Kirati people – is about 30 minutes walk from here. This lake and the adjoining Silichong peak – worshipped by Hindus, Buddhists and Kirat alike – are perhaps the most religiously and culturally important landmarks of the entire trail.

Since most of the proposed trail runs at elevations around 3000m, we are above the clouds for majority of the trek. The trail is still underworks and thus in some places can be quite confusing and daunting. There are no markings, signposts, or permanent human habitat yet. The map currently developed for this trail is not too big on details and contains some discrepancies. There is a need for an expert local guide or scout to undertake this trail.

There are only a few spots with reliable drinking water sources that are often hidden in some unsuspecting nooks – almost impossible to find without prior knowledge. During monsoon, this trail comes alive as people bring out their yak and cattle herd for grazing in the lush pastures. The sheds built by these herders are what serve as camping sites currently.

The associated local government bodies and a few local tourism entrepreneurs are currently working to develop this trail into a standard trekking route. Although even at its most developed, this will be a fairly hard route due to the elevation. A shelter home is being built in Mayum. A few sections of the trail are being upgraded. The concerned authorities have agreed that they will not be excavating roads on the existing trail.

Besides Salpa and Bahane, there are myriad of other pretty lakes along the trail. The lure of two stunning highland meadows, Mayum and Merung, dotted by wildflowers and rhododendrons and crowned by Himalayas on a clear day is enough to warrant a visit here. Every cliff, hill, and lake has a legend or a story within the mundum saga. And there are also some interesting conspiracy theories as well. Overall, it’s a physically grueling but spiritually reviving trip. 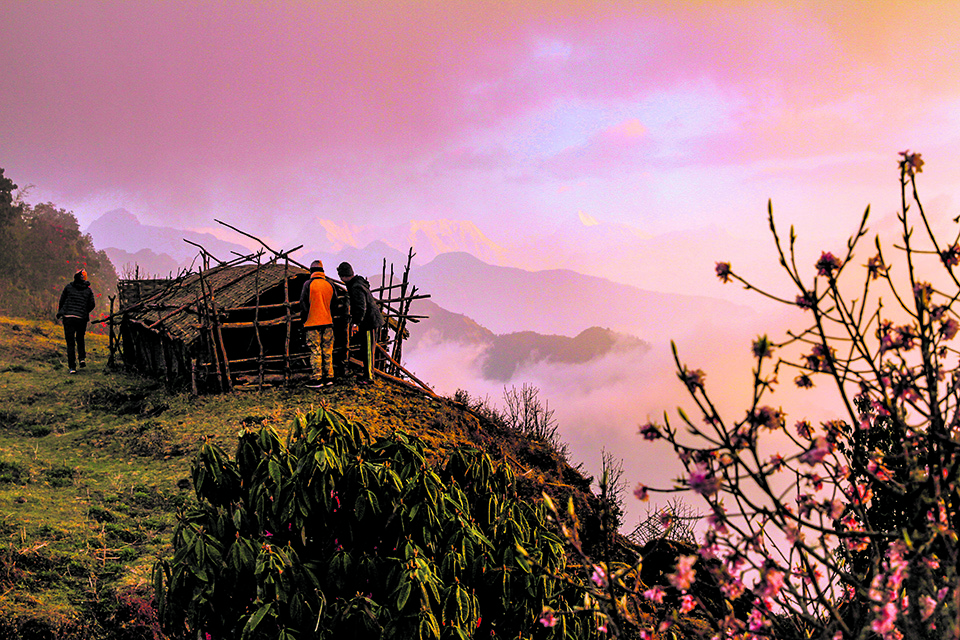 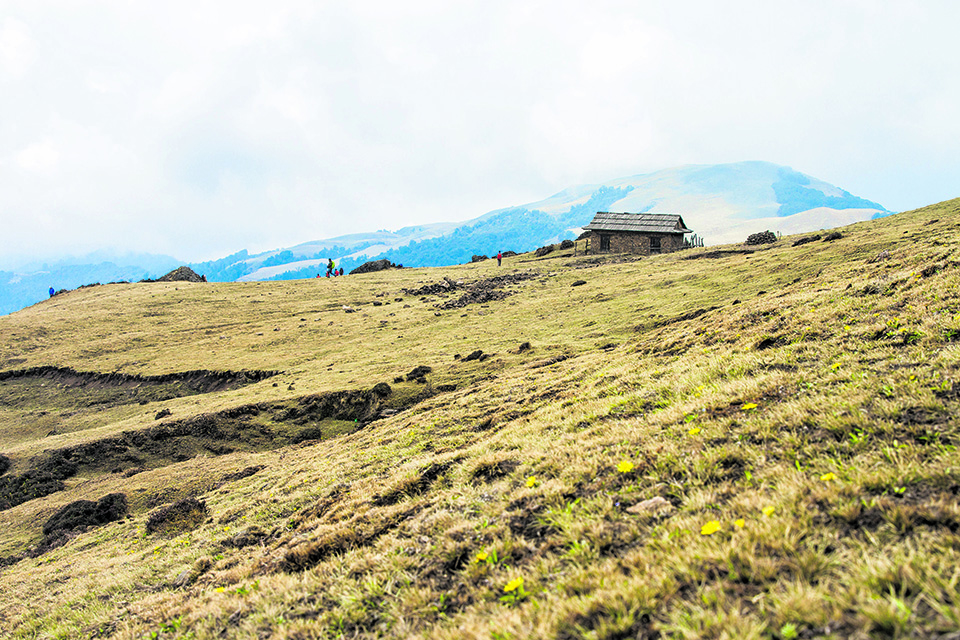 The guavas were drenched and dewdrops seemed to be trembling from them. The tree was moist and the leaves were... Read More...