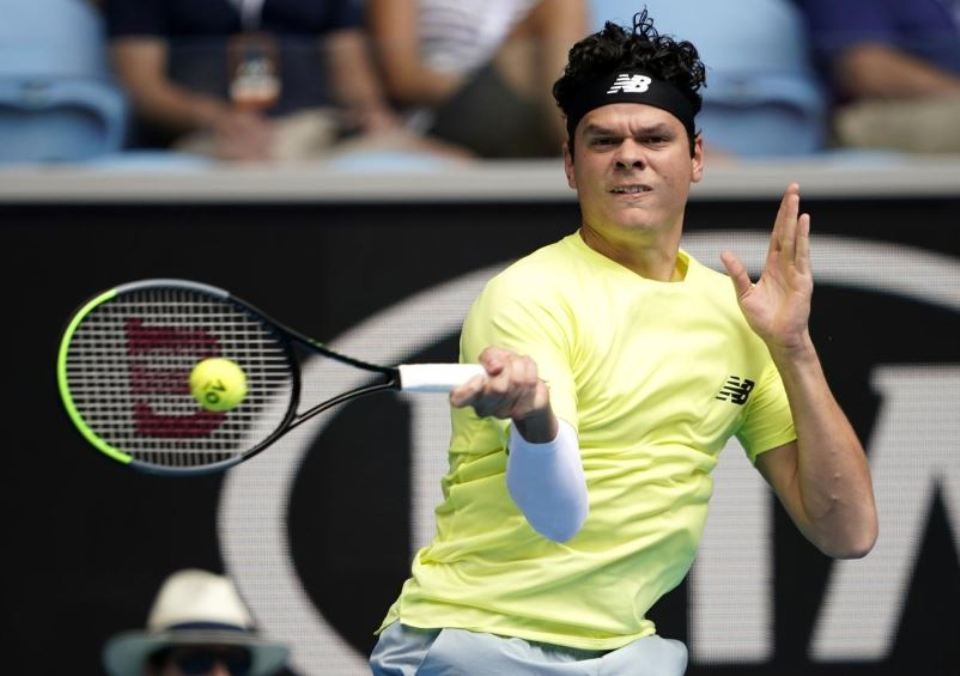 MELBOURNE, Jan 26: In-form Canadian Milos Raonic pounded down 35 aces and 55 winners to overcome Croatian Marin Cilic 6-4 6-3 7-5 on Sunday and become the first man to reach the quarter-finals of the Australian Open.

The 29-year-old, a former world number three, is seeded a lowly 32nd at Melbourne Park but has been in impressive form over the first week and reached the last eight without losing a set.

Cilic, the 2014 U.S. Open champion, may have been feeling the effects of two five-set matches against seeded opponents earlier in the tournament and needed a lengthy medical timeout for treatment on his back at 3-0 down in the second set.

Also a former world number three, the 31-year-old still had enough game to test Raonic, especially when he was able to engage the Canadian in lengthier rallies.

Raonic was consistently sending down serves well in excess of 200 kilometres per hour (124 mph), however, and it was appropriate that he finished the match on Margaret Court Arena with one final booming ace.

“It feels pretty damn good I’ve gotta say, I can’t complain about it. It’s been an exciting tournament for me so far and hopefully there are exciting things ahead.”

In the last eight, Raonic is likely to face Novak Djokovic, who was playing Diego Schwartzman on Rod Laver Arena as the Canadian wrapped up his match.

The Serbian has a 9-0 career record against Raonic, including a win in the quarter-finals in Melbourne in 2015.

The Montenegro-born world number 35 said he would need to be on top of his game to get past the defending champion.

Rain with thunderstorm predicted for today
14 minutes ago