In a 'now or never' battle, govt set to bulldoze syndicate 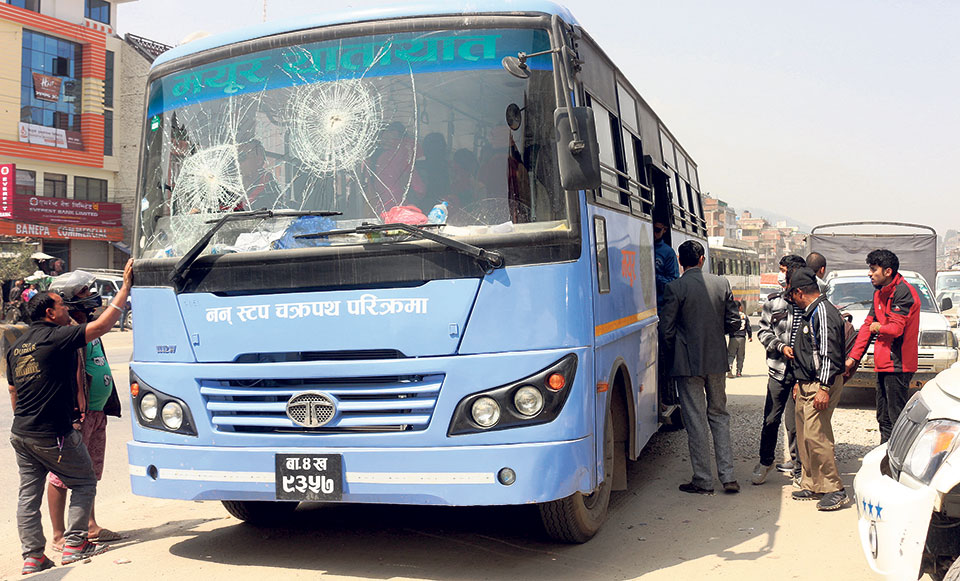 KATHMANDU, April 4: Amid ongoing war against syndicate, the Department of Transport Management has come up with uncompromising steps to demolish syndicate in public transportation.

“We’ve come to know that 12 unions have halted their services in Araniko highway against Mayur Yatayat. If they continue to put unnecessary pressure, affect services and defy government directives, we will directly scrap their licenses,” Rupnarayan Bhattarai, Director General of DoTM said, adding that the government would take all necessary steps to “bulldoze the syndicate system in transportation.”

“The government is serious to tackle this deadly web of syndicate to bring more investments in public transportation and improve accessibility and connectivity,” Bhattarai said adding that with the move was fully supported by the local government as well as the Prime Minister. “This decision comes from the Prime Minister’s directive and there’s no turning back,” Bhattarai said.

“One thing’s for sure: we will bulldoze syndicate bully,” he added citing the move, so far, had not brought any political pressures.

“This is a strong government and it must be able to end syndicate. If this government cannot do it, the syndicate will weigh heavy forever,” Bhattarai said. In addition, he scorned off allegations of transport unions that claimed relaxed licenses to new public vehicles would affect ‘scientific fares’.

KATHMANDU, April 2: In a bid to break transport syndicates highly prevalent in the country, the Department of Transport Management (DoTM)... Read More...

Police refuse to register complaint against Rabi Lamichhane over passport case
18 hours ago
UML in favor of reinstating Lamichhane as Home Minister, Maoist Center opposed to the idea
20 hours ago
Ruling alliance on the verge of collapse over new president, home ministry row
3 hours ago

Gold price increases by Rs 500 per tola
56 minutes ago