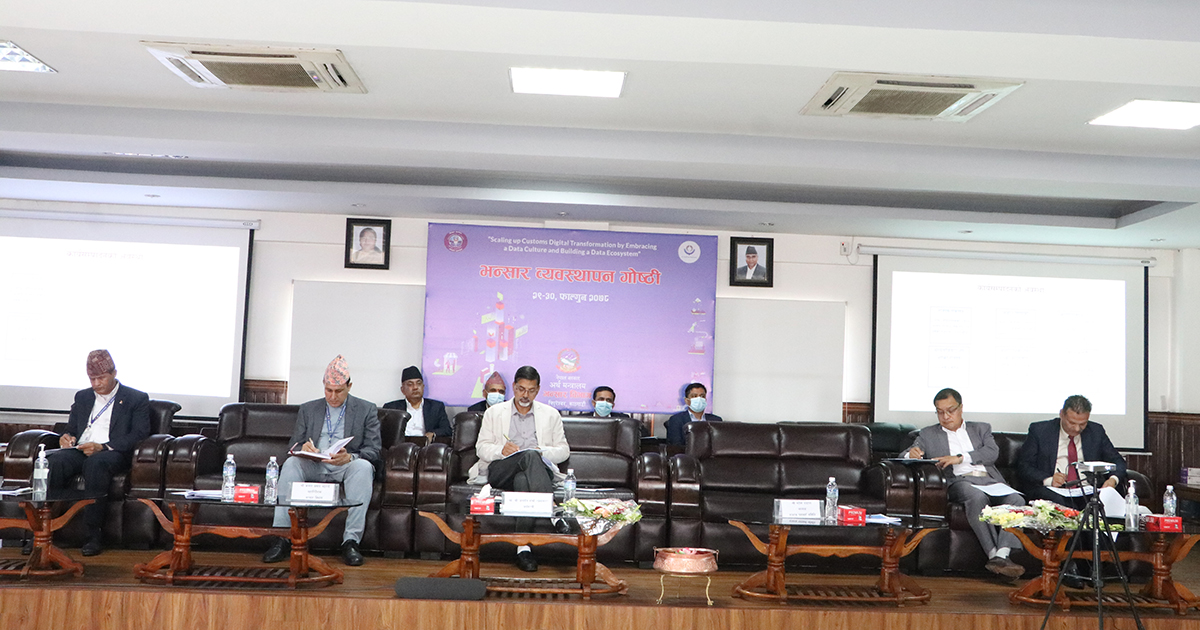 KATHMANDU, March 13: Finance Minister Janardan Sharma has said that provisions have been made for the import margin to solve the challenges seen in the economy.

Addressing a seminar on customs management organized at the Department of Customs (DoC), Tripureshwar on Sunday morning, Finance Minister Sharma directed the officials to reach the target by working hard even though the strictures on imports have affected the customs.

"The country's economy is in a state of crisis at the moment. To address this, we have set a margin on imports of certain commodities," he said. "This situation has also affected customs. But, it will not be maintained forever. Our compelling circumstances have created this situation. As soon as the situation becomes normal, the customs system will work normally.”

He said that he believed that the seminar would be effective in resolving the problems seen in customs offices, facing new challenges created by the policy, being effective in revenue mobilization and playing an excellent role in trade facilitation. He also directed the officials to find a solution through a seminar as the entrepreneurs are dissatisfied with the classification system in the import of goods.

He informed that a guideline on vehicle scanning used in customs offices is being prepared and will be implemented soon. He directed all the employees to move ahead in revenue mobilization by facilitating trade. He expressed happiness over the mobilization of customs revenue more than the target by mid-February.

Ananda Kafle, deputy director general at the customs department, said that Rs 308 billion had been collected by mid-February despite the tightening of imports against the target of collecting Rs 305 billion. This is 29 percent more compared to the amount collected in the same period last year.

On the occasion, Finance Minister Sharma expressed happiness over the improvement in exports. The share of exports in total foreign trade has exceeded 10 percent. “We have exported goods worth Rs 131 billion by mid-February," he said. "But we should not stop there. We need to one day become self-sufficient by increasing our share of exports at the rate of 10 percent each year.”

He directed all the employees to work hard and do excellent work in revenue administration and mobilization.

KATHMANDU, March 30: Finance Minister Janardan Sharma has said that the budget for the coming Fiscal Year 2022/23 will be... Read More...

Let's not overshadow the issues that Prem Archaya tried to raise: Dr Toshima Karki
56 minutes ago