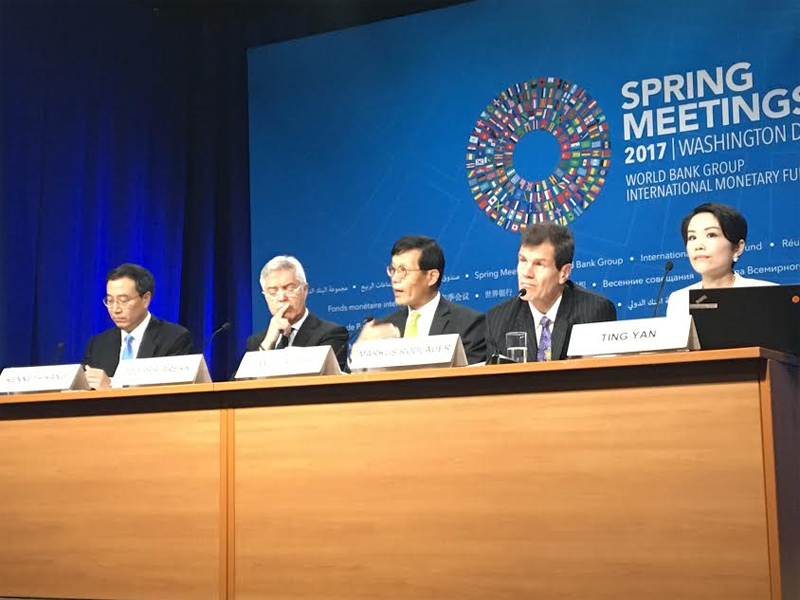 KATHMANDU, April 22: The International Monetary Fund (IMF) has said the fiscal policy of Nepal should be oriented toward facilitating spending on post-earthquake reconstruction and infrastructure as quickly as possible.

Addressing a press briefing of its Asia Pacific department held at IMF Headquarters in Washington, DC, on Friday during the 2017 Spring Meetings of the World Bank and the International Monetary Fund, IMF Deputy Director at the Asia and Pacific Department Kenneth Kang said IMF is seeing signs that Nepal has been enjoying a broad-based recovery.

IMF’s Kenneth Kang said ‘there is a strong case for structural reforms, both to unlock the economy’s potential, and to diversify its export base’ for the country to maintain sustainable economic growth.

The IMF official also said Nepal needed to strengthen its infrastructure system -- particularly for transport -- as a way to improve its domestic business environment.
“We have projected a growth of around 5.5 percent for both this year and next one following a slowdown caused both by the 2015-earthquakes and the trade disruptions along its southern border,” he said.

According to Kang, Nepal needs to tighten its monetary policy in order to better support the exchange-rate pay and to improve competitiveness by closing the inflation gap with India. IMF also expressed concern about the recent rapid growth in credit.

“And there is a need to accelerate particular financial sector reforms and supervision through better loan classification and provisioning practices,” he said. “These will all help produce robust growth and give the country the buffers it needs to adjust smoothly to these shocks,” he added.

KATHMANDU, March 21: Prince Harry of Wales has expressed his hope that more people will visit to Nepal to experience... Read More...