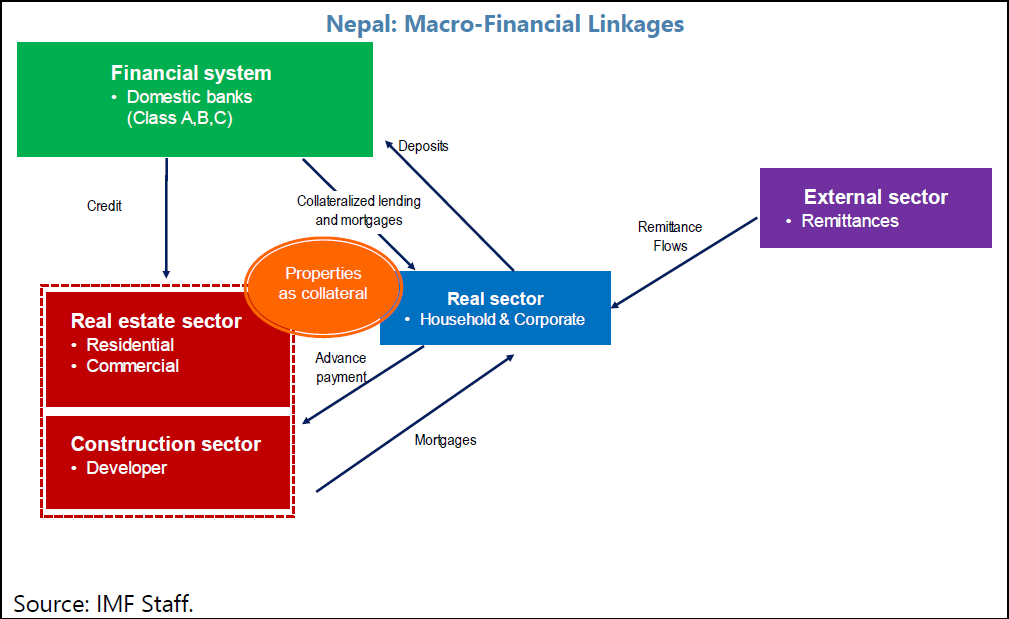 KATHMANDU, Feb 19: The International Monetary Fund (IMF) has warned that prolonged rapid credit expansion by Nepal’s bank and financial institutions over the last few years has likely led to a build up of credit and liquidity risk.

The Article IV report refers to the country surveillance report that includes findings from the visit of an IMF team of economists to assess any country’s economic and financial developments. The IMF’s Article IV mission had visited Nepal earlier in December to take stock of the latest financial and economic developments of the country.

The warning of the IMF comes at a time when the banking industry of the country is on an aggressive lending spree for the past few months which has led to a mismatch between their deposit and loan growth. With the shortage of lendable funds, interest rates have spiked in recent months.

The IMF has termed the current expansion ‘credit boom’.

Amid private sector outcry that the skyrocketing lending rates and reluctance of financing facility from banking sector was taking toll on their businesses, the IMF report calls for a more cautionary approach in credit expansion.

“In Nepal, prolonged rapid credit expansion raises concerns about the quality of lending and underlying risks in the banking system,” the IMF said in its findings. “Large inflows of remittances coupled with accommodative monetary policy and lax supervision have contributed to rapid credit expansion.”

According to Nepal Rastra Bank (NRB), the central monetary authority, the credit growth has been averaging about 21 percent over the past three years, considerably exceeding trend growth of the past two decades.

Stating that an important share of bank lending is channeled to real estate related lending as well as overdrafts and working capital collateralized by land and real estate, the report concludes that the rapid credit growth as a consequence has fueled a sustained rise in asset prices which may prompt future corrections, and likely built up substantial credit and liquidity risks in the banking system.

The Fund has advised the central bank to tighten its macroprudential policies, including with regard to credit to core capital plus deposit (CCD) ratio, the loan to value ratio, and limits to real estate exposures.

The IMF mission seemed to have taken the note of recent pressures of banking executives upon the central bank to provide relaxations on the prudential lending limit. The report has not only called for phasing out several ‘carve-outs’ that provide more rooms for banks for lending, but called for the central bank’s resistance from bankers for further effective relaxation of the CCD ratio and other macroprudential rules.

Recently, the NRB has decided to allow funds obtained through interbank borrowing to count as deposits as part of efforts to give relaxation for banks while calculating CCD ratio. Another relaxation on the prudential lending limit by the NRB was allowing BFIs to deduct loans floated under subsidized interest loan schemes from CCD ratio.

The IMF even seemed to be against the recent decision to allow sub-national governments to deposit half of their funds in commercial banks, citing that such move contributes to an undue loosening of liquidity conditions. It has said that the decision should not be renewed.

“Additional tightening measures such as an increase in reserve requirement ratio can be considered if loan growth accelerates on rising remittances,” added the report.

KATHMANDU, Dec 7: Nepal has stepped up to receive a loan amounting US $ 400 million from the International Monetary Fund... Read More...

KATHMANDU, April 7: The International Monetary Fund (IMF) has projected that the Nepali economy will grow by 2.9 percent this year. Read More...