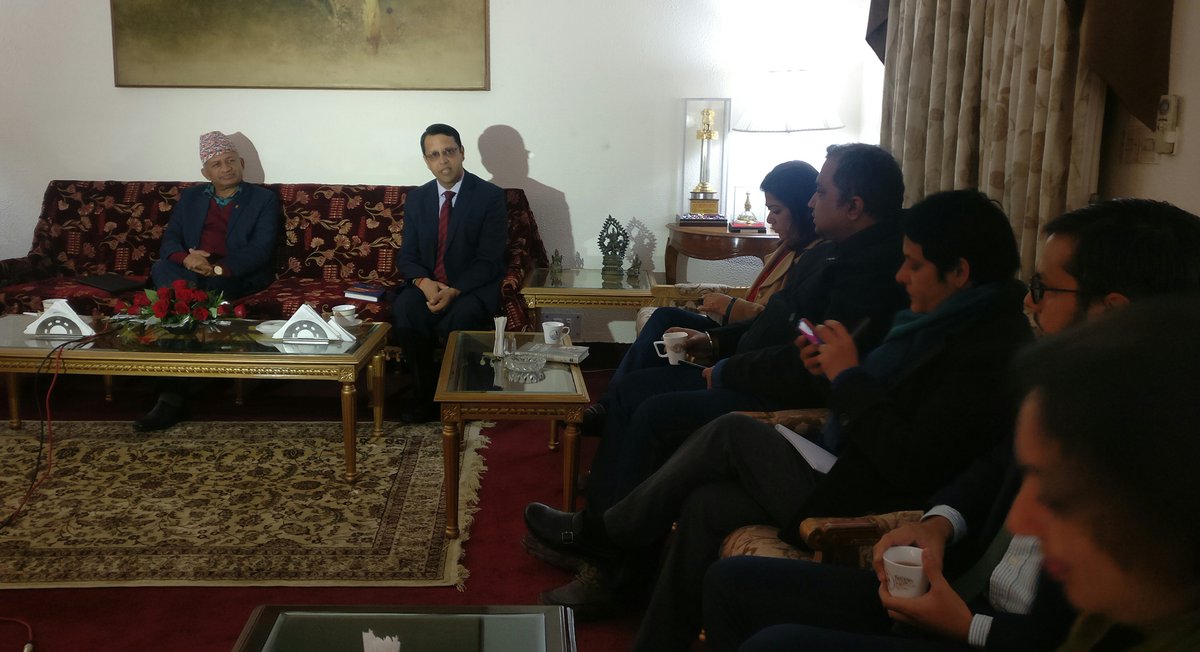 Speaking to Indian media in New Delhi on Friday morning, the foreign minister said indirectly referring to stalled SAARC process due to ongoing standoff between India and Pakistan.

"Nepal is always in favor of broader regional and meaningful cooperation. There is no alternative to sitting together and talking about problems," Gyawali said adding "If Trump and Kim can meet then why not countries in our region?"

At a time when the Indian government has expressed its reluctance to accept the report prepared by the Eminent Persons Group on India-Nepal Relations, the foreign minister said "The EPG was a wise initiative. It was based on realization that over all bilateral aspects should be reviewed and according to new paradigms of 21st century. I'm confident it will be submitted and implemented."

Foreign Minister Gyawali urged the Indian side to exchange the demonetized Indian currency notes of 1,000 and 500 denominations worth INRS 7 crore that are being legally held in Nepal since 2016.

"Nepal has banned high value Indian currency until it gets an assurance from the Indian government that in the future this will be allowed to be used. Problem of approximately demonetized INRS 7 crores held in Nepal's banking system and more in household still exists," he said.

Minister Gyawali, who reached to New Delhi Thursday morning, attended the Raisina Dialogue 2019 as one of the keynote speakers in the evening.

Before attending the event, Gyawali also held a meeting with his Indian counterpart Sushma Swaraj at the latter’s office. During the meeting, the two leaders exchanged views on various aspects of Nepal-India relations while reviewing progress on the ongoing bilateral cooperation projects. They noted with satisfaction the progress made in several areas and underscored the need to continue the momentum, according to a press statement issued by the Embassy of Nepal in New Delhi.

The two ministers agreed to hold the fifth meeting of Nepal-India Joint Commission in Nepal at an earliest convenient date, said the statement.

Sources said that the two countries are likely to hold Joint Commission meeting in February. "Exact date of the meeting is yet to be finalized," the sources said.

Gyawali also held brief one-on-one talks with Swaraj ahead of delegation-level talks, according to sources. It is learnt that Gyawali urged the Indian counterpart to accept the report prepared by EPG-INR team.