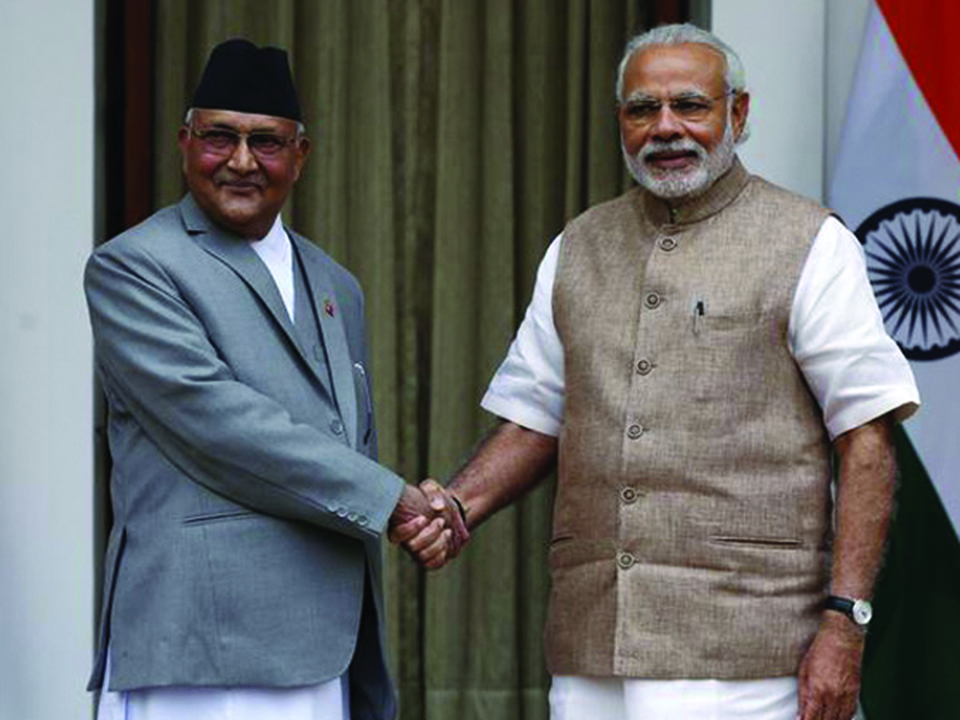 One particular dam project, the $2.5-billion Budhi Gandaki project, on a river by the same name in central-western Nepal, is increasingly becoming the centrepiece of this tug-of-war between Delhi and Beijing.

The battle for influence in the Nepal Himalayas between India and China is hotting up, with Prime Minister Narendra Modi expected to tell Nepal counterpart K P Oli that he can award as many dam projects as he likes to China, but India will not be able to buy the energy produced.

Modi’s tough message to Kathmandu — Oli’s three-day visit starts Friday — will be couched in the niceties of diplomatic prose, but there will be no denying “India’s red lines,” a senior government official told The Indian Express.

One particular dam project, the $2.5-billion Budhi Gandaki project, on a river by the same name in central-western Nepal, is increasingly becoming the centrepiece of this tug-of-war between Delhi and Beijing.

This is because the Budhi Gandaki was awarded in June last year to China’s Gezhouba Group, weeks after former Nepal Prime Minister and Maoist leader Pushpa Kamal Dahal, or ‘Prachanda’, decided to join China’s Belt and Road Initiative. But within months, Nepali Congress leader Sher Bahadur Deuba had taken over from Prachanda as Prime Minister, and by November he had cancelled the dam project, saying the agreement to build it had been done in an “irregular and thoughtless manner”.

On the streets of Kathmandu, when Deuba cancelled the project, it was common talk that “India had persuaded him to do so”.

According to Oli, Nepal urgently needs to develop hydropower as an alternative to the highly expensive petroleum that it fully imports, most of it from India. Nepal’s fuel import bill is said to have trebled in the last five years.

So when Modi and Oli push a button in New Delhi, that virtually lays the foundation stone of the $1.5 billion, 900 MW Arun III hydro-electric project in the Sankhuwasabha district of eastern Nepal, the Prime Minister’s message of cooperation with Nepal will have a strategic caveat to it.

The senior government official said India would unroll the red carpet for Oli and his 53-member delegation during their three-day visit, but he would also hear about Delhi’s “red lines,” especially in the energy and security sectors.

Indian sources said similar terms could be applied to Nepal, but on the condition that Indian public sector or private companies be involved in building dams in Nepal. “You cant expect India to buy power from a Chinese-built project. Let Nepal take Chinese assistance to build those dams and let China buy back the power produced from there,” the government official said.

Analysts said this might put a spanner in the works for Nepal’s plans with China, because it might be difficult to build electricity transmission lines along the rocky terrain on the China-Nepal border to carry electricity back to Tibetan or other Chinese towns. China’s Three Gorges Corporation has been given a second dam project to build in Nepal, while India’s GMR and SJVN will build two projects.

China’s No. 1 passenger vehicle brand Changan Auto coming up with a state-of-the-art showroom in Kathmandu
21 hours ago

Balanced relations with both India and China: Foreign Minister Dr Khadka
19 hours ago

Muktinath temple to be reopened from Sunday
11 minutes ago

Demand to bring broadcasting sector under tax net
15 minutes ago